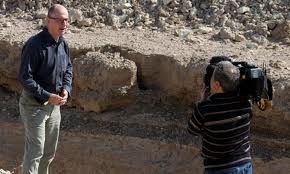 A familiar face (and voice) to those of us who blog about the BBC and are interested in matters Middle Eastern, Jon Leyne, one of the corporation's most experienced reporter, has died of a brain tumour. He was taken ill whilst reporting from Cairo, some time ago.

You may remember that he also used to report from Tehran - until the regime there threw him out.

"Jon was a brave and courageous journalist in the best traditions of the BBC. He had an insatiable curiosity and told complex stories in an engaging and accessible way."