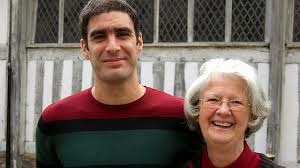 Adie Mormech's story is not a new one to the BBC, as the link above shows, and they surely knew what an episode of The Listening Project would result in. And yet out went the invite to Adie and Ruth, and out went this edition of the programme, along with its anti-Israel propaganda.
Craig at 20:59