How to suffocate "the liberal case for reducing immigration" 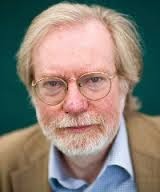 The following feature on the same edition of Newsnight focused on immigration.

The trailed angle was that it would entail "the liberal case for reducing immigration", but the interview with the "liberal" making that case was preceded by a report by Newsnight's policy editor, Chris Cook (formerly of the FT).

The main interview was with economist Professor Sir Paul Collier of Oxford University. He began by rather calling out Chris Cook (and, perhaps, other parts of the media) over what Stephen Nickell actually said:

We just heard a clip from my friend Steve Nickell, who's on the Office for Budget Responsibility. If you'd actually shown a longer clip what he said was the economic effects of migration are basically zero. That, I think, is the honest assessment.

Evan Davis had presented Sir Paul as something who "it's fair to say is not a UKIP supporter", but as someone who still wants to limit immigration. He argued that, as of the moment, "there's nothing wrong with immigration" but, "left to itself" it "tends to accelerate". That means that "diversity is going to keep on rising". No diversity is bad, but so is too much diversity, he said. Sir Paul then said there were three costs to diversity. The first was that people start to behave less generously to each other (such as being less willing to pay for welfare benefits) The second was...

...well, we didn't hear that as Evan interrupted to ask him if by saying the sort of things he's saying he's helping spread "division" - i.e. straight back, so soon after the start of the interview, to the familiar BBC fear that saying such things about immigration might be bad for community cohesion. (Frankly, I'd have preferred to hear points 2 and 3.) Sir Paul replied that he "rather regretted" doing so, as he'd presumed we'd arrived at the point where we could have "a mature discussion" about such things as Jamaican immigrants gangsters spreading their gun culture to British criminals.

Sir Paul did eventually get to squeeze in his other two points - that after people start to behave less generously to each other then (a) trust begins to break down and and (b) groups start opposing each other, though he didn't get to unpack them before Evan Davis moved on to the EU...

...and Sir Paul's "big" support for the EU. Sir Paul doesn't think the EU causes problems regarding immigration and could help solve them. Evan let him speak (and didn't put a challenge to him from an anti-EU perspective either). There the interview ended.

Now it was good to hear "the liberal case for reducing immigration", but it would have been better if it hadn't been preceded by a pro-immigration-slanted report, and if Evan Davis had allowed him to unpack his ideas a lot more rather than wasting time putting tired old BBC objections about having the discussion in the first place and then getting him to stick up for the EU...and no one mentioned the terrorist threat from Muslim immigrants...but then that's BBC bias for you, isn't it?
Craig at 17:19