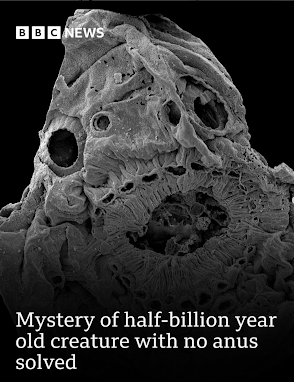 The ancient animal, which was thought to be humans' earliest-known ancestor, may have lost the anus during evolution.

New Open Thread (and if you don't like it, well, we have others.)

If you’ve been paying attention you’ll know I hardly ever watch the BBC these days. I keep mentioning that to account for my prolonged silences interspersed with off-topic observations.. 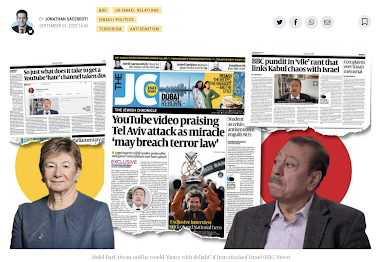 However I have to comment on the reappearance of Abdel Bari Atwan, whose services I thought had been quietly  dispensed with by the BBC.  I was wrong. He was on Dateline again on 19th August, following the attack on Salman Rushdie.

Melanie Phillips has written about this topic as has the Jewish Chronicle both citing the most outrageous of his remarks.

The BBC, of course, has no intention of reprimanding or silencing Atwan as they think he represents legitimate views, and letting him air them is an expression of the BBC’s even-handedness.

The problem is, however, that along with the rest of the left the BBC genuinely thinks it is indeed upholding balance, fairness and objectivity. It believes that it represents the political centre ground. That’s why it views its critics axiomatically as extremists who can safely be disregarded.

To be fair to Bari, as we like to call him on ITBB, he did imply that carrying out the actual fatwa  in it’s original form (death to Rushdie the blasphemer) was a tad beyond its sell-by date, but he defended the principle that such blasphemy as Rushdie’s was “very, very cruel when he talked about the Prophet Mohammed and his wives” which was also “very, very dangerous”. He added: “About 90 per cent of the people of the Muslim world believe that freedom of expression [is] practised only to insult Muslims”.

I’m not sure if Dateline itself isn’t about to be axed. I read it somewhere. Maybe they’ve realised that it’s a tiny bit politically biased.

Melanie Phillips doesn’t stop there. In her criticisms of the BBC, as well as Atwan’s other offensive remarks, she mentions the infamous Balen report about the BBC’s bias against Israel.  It has never seen the light of day, and its ongoing secrecy has been defended to the tune of  around £300,000 (of licence fee-payers dosh) in legal fees.   She refers to her own appearances as the token right-winger who is

“almost never given the opportunity to address the lies told about Israel.”