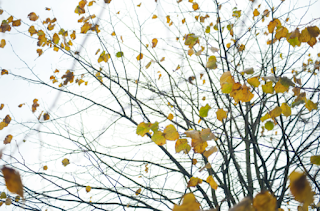 As November winds blow into Morecambe and I fear for my roof, here's a new open thread.
Hello to all of you and thank you for commenting.
Posted by Craig at 09:25 No comments:

You may have read at Guido Fawkes or in the Daily Mail that the BBC had to temporarily withdraw their latest Radio 4 Profile of Conservative cabinet minister Kemi Badenoch.
The programme has now been edited and made available again, but the BBC is being tight-lipped about what they've changed, according to the Mail:

The BBC would not reveal what had been changed in the episode, but it is understood that a claim in the original broadcast, that Mrs Badenoch, 42, had stuck 'male' and 'female' signs on the doors of gender-neutral toilets at her leadership launch venue, was corrected.

This story has a few interesting implications, especially concerning journalism.
Firstly, I'm intrigued that the Daily Mail couldn't find out what the BBC changed. I've been able to find out though, thanks to TVEyes.
The Mail correctly 'understood' the first change - concerning these signs: 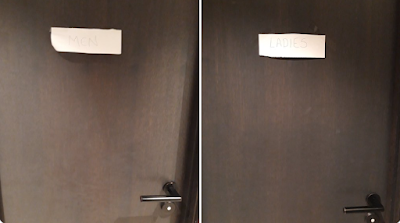 This summer, after Boris Johnson quit as PM, Badenoch threw her hat into the ring to become leader, sticking 'men' and 'ladies' signs on the doors of gender-neutral toilets at her launch venue.

This caused a stir on Twitter with many people quoting a Twitter thread on 12 July - the date of Mrs Badenoch's leadership launch - by leading 'gender-critical' voice Maya Forstater. This called journalists out at the time about it:

This story is not what you think: These are the toilets at Policy Exchange. I first noticed these signs on 17th of May at meeting about sex based rights with various gender critical groups. At first i thought the paper signs had been put up specifically for our benefit. What I think is happening here is that Policy Exchange (or their landlords) put in nice new gender neutral toilets and the staff don't like them. They probably feel uncomfortable. Men leave the seat up etc.. so they've put the signs up for everyone's comfort.

Yet here was BBC Radio 4 repeating this discredited claim four months on.
The edited version goes like this:

It was reported that 'men' and 'ladies' signs were cellotaped on the doors of gender-neutral toilets at her launch venue but evidence later emerged that this had been done before the event.

Even this edit risks being misleading. "Evidence later emerged that this had been done before the event" might suggest that rather than Kemi herself 'sticking' up the signs, it was done "before the event" i.e. done for the launch. What Maya Forstater, and others, showed is that those signs were up a couple of months before the launch, so not connected to Kemi Badenoch in any way.
Indeed, it's so potentially misleading that Guido Fawkes apparently misread the revised version as a simple repetition of the debunked claims from the original version:

Despite the editing, the profile still reeks of W1A’s woke inclinations. It repeats debunked claims about Kemi removing gender-neutral toilets at her campaign launch, albeit with a caveat.

Maybe the programme needs withdrawing and re-editing again to remove this ambiguous wording?
What both Guido and the Mail missed though was the second edit. The original broadcast said:

It's not just race. LGBTQ activists have accused Kemi Badenoch of being anti-trans Ben Hunte, a senior reporter with Vice World News. "I've had for a number of organisations and individuals who are really concerned about Kemi Badenoch's behaviour in government. I've exposed a leaked recording of Kemi Badenoch saying that trans women are men", the government insisting her comments had been taken out of context. "I have released a report about the equalities minister saying she doesn't care about colonialism." She's been criticised for abstaining on a vote to extend same sex marriage rights to Northern Ireland. And this week, ITV News reported that Bedenoch has now paused work on a promised ban on the use of conversion therapy. "There have been a number of situations over the past year that really do kind of raise your eyebrows about what it means to be an equalities minister when you don't necessarily believe in all forms of equality within your portfolio".

The revised version edited out this line:

And this week, ITV News reported that Bedenoch has now paused work on a promised ban on the use of conversion therapy.

That concerns a 'scoop' by ITV's Paul Brand that the Government took to Twitter to dismiss. BBC Radio 4 clearly got cold feet about Paul Brand's journalistic 'scoop' too.
Both Guido and the Daily Mail note the inclusion of the activist-like Ben Hunte. The Mail uses the c-word about him - "controversial":

That made me smile because of how Radio 4's website introduces this programme. They also use the c-word about Kemi Badenoch, asking "Is the controversial trade secretary and equalities minister a future PM?": 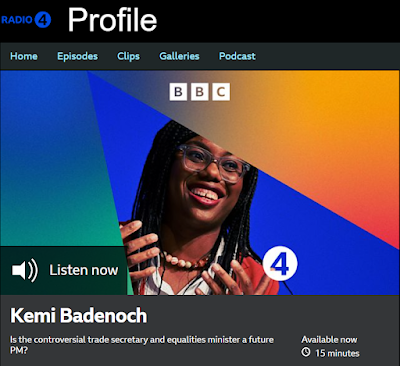 Another thing that struck me about controversial Ben Hunte's controversial inclusion is that Radio 4 - unlike the Mail - didn't mention that Ben used to work for the BBC [and got the Corportation into quite a few scrapes]. Profile simply introduced him as "a senior reporter with Vice World News". None of his contributions were re-edited.
A final thing is that the version you can now here on BBC Sounds - which begins by saying that the programme has been edited, but not why ["This programme has been edited since broadcast"] - ends with quite of list of BBC staff behind this edition of Profile: the researcher, producers, production co-ordinators, and editor.
Not sure I'd have wanted my name on this piece of BBC broadcasting. Maybe they'll be tempted to edit those out next?
Posted by Craig at 09:15 No comments: