The Moral Maze - the one about antisemitism.

“I discussed this with my fellow-panellists Matthew Taylor, Mona Siddiqui and Tim Stanley. Our witnesses were baroness and rabbi Julia Neuberger, Jewish writer Robert Cohen, the Bishop of Worcester the Rt. Rev.Dr John Inge, and Adam Sutcliffe, professor of European History at King’s College London

This topic was particularly frustrating for me because of the format of the show. What many listeners don’t realise is that the Maze is not a normal discussion programme where an issue gets comprehensively thrashed out in a debate that follows wherever the participants want to take it.”

It’s a frustrating listen, too. A theme that always runs through this type of programme occurs almost every time this particular topic is addressed. It’s a thing called “the Palestinian Cause.”

People like Mona Siddiqui (she’s by no means the only one) use the phrase as a shorthand term for something ‘we all know’, which carries the undertone that a terrible injustice needs to be put right. The assumption is that immediately upon Israel’s declaration of independence “the Jews” slung the indigenous ‘Palestinian’ Arabs out of their homes crying “It’s my house now!’ in the manner of Papa lazarou 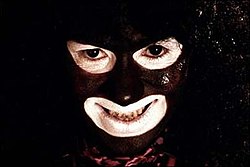 This is one of those ‘everyone knows’ delusions that, through constant repetition, I’m sorry to say exacerbated by the likes of the BBC, establish themselves as ‘fact’.

History tells you that the reality is complex and quite different from that interpretation. There are so many things wrong with it that it’s impossible to sum up the reality as succinctly as the falsehood, but suffice it to say that it would be more accurate to define “the Palestinian Cause” as a strong desire for Israel and the Jews to go away.  From the river to the sea.
That is ‘the Palestinian cause’, and it hasn’t changed since the concept of establishing a modern Jewish (Zionist) state was but a twinkle in Theodor Herzl’s eye.

All along, it was the Arabs’ intractable hatred of Jews that is behind the seemingly insurmountable problem we have today. But for that, everyone could have thrived.

I listened to this programme a couple of times, and my other observation was Michael Buerk’s irritable and snappy manner with Melanie Phillips.