Eight times between 12:12pm and 12:24pm yesterday, April 1st, the BBC News Channel repeatedly ran a bit of breaking news across its screen. 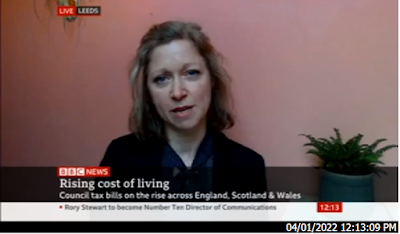 They were reporting that one of Boris Johnson's arch-critics Rory Stewart was to become Number Ten Director of Communications. The news then disappeared without comment.

The BBC, who have long had a soft spot for Rory, must have been reading his Twitter feed. He'd tweeted as an April Fools' Day joke:

It is an honour to have been asked by the PM to serve as Director of Communications for No 10 Downing Street. I am looking forward to working with the PM, Ministers and Members of Parliament on the issues that matter most to our country.

And the geniuses at Jess Brammar's new channel fell for it.

A spokesperson for BBC News said it would not comment on the incident.