BBC Breakfast this morning is leading with the "crucial climate change conference", with a heavy focus, image-wide, on the worldwide protests calling for action (most of which seem to feature men in polar bear costumes).

We've already heard from Richard Black (yes, that Richard Black, formerly the BBC's environment correspondent) of the Energy and Climate Intelligence Unit, which was described by presenter Jon Kay as "a non-profit organisation that's looking for debate on energy change", and Professor Richard Allan from the University of Reading. 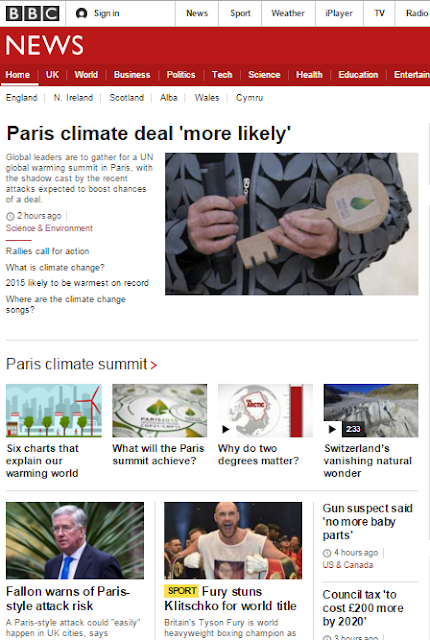 Sky News, in contrast, places the story second - and takes a very different, more sceptical take on it: 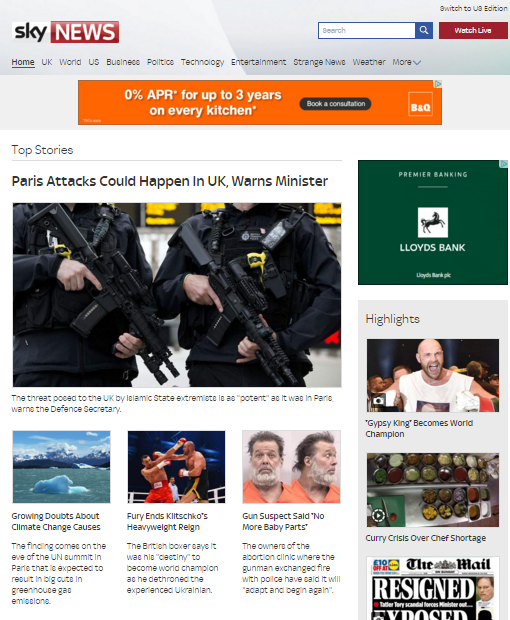 And ITV News doesn't feature the story among its main headlines at all: 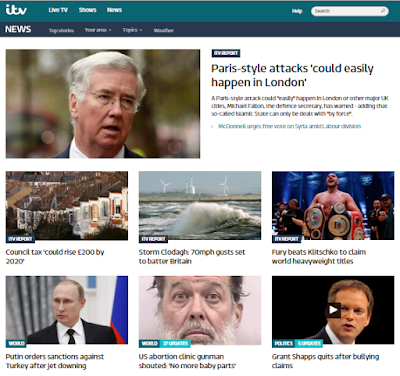