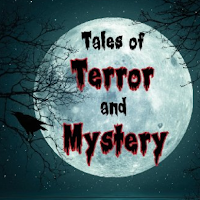 The BBC News Press Team has recently put out the following tweet:

David Dimbleby tells  BBC Newscast he is considering a bid to become the next Chairman of the BBC after being "horrified" when he read that Charles Moore was allegedly being lined up for the role.

His "horror" at the prospect of Lord Moore becoming BBC chairman is as nothing compared to mine at the thought of David Dimbleby becoming BBC chairman. When I first read about it my hair stood on end, I writhed, I struggled, I burst out with a shriek and found myself lying shivering on the floor with terror, trembling in my every limb. I saw a face of unspeakable smugness moving out of the darkness, slouching towards Broadcasting House.
Here's what the dread Dimbleby told the BBC:

I still might [apply], depending on who comes forward. Boris Johnson, we know, wants to bring the BBC to heel. We don’t want a chairman who connives in that ambition.

I was horrified...not because of his political views, but because he hates the BBC. No politicians have ever liked the BBC, the BBC is a thorn in the side of government and that’s its job and therefore it’s always disliked by governments. So when it was announced, and I gather absolutely it was his intention that Johnson was going to put Charles Moore in, at that point... I was going to put my name forward to be chairman.

Note how he then immediately contradicts and exposes himself:

I didn’t want somebody with Charles Moore’s views, as I’ve read them over and over again in the Telegraph and Spectator, his views on gay marriage, his views on race relations, to become chairman... his appointment as chairman would have been a malign intervention by the Prime Minister and I’m glad it fell apart. You want somebody in charge of the BBC who is sympathetic not to the BBC as an institution but the idea of the BBC, to the concept of the BBC as reflecting the whole sort of richness of British life.

I bet a lot of BBC types will be hoping the Government goes soft and makes their dreams come true and appoints him. He's a nightmare candidate for someone wanted to reform the BBC though. He's almost as satisfied with the BBC as he is with himself.