Someone pointed out the other day that it takes first-hand experience of a given subject or incident to expose how distorted ‘news’ can be. Personal involvement in any story jolts you into that illuminating, lightbulb moment when you suddenly realise how partial, one-sided or misleading ‘the News’ often is.

Most pro-Israel bloggers like myself would find life much simpler if there were no Palestinian civilian casualties, no settlements, no disputed borders, no ultra religious Jewish extremists making claims on behalf of God. But, proceeding further down that path, it would be easier for us if Israel stopped protecting its citizens as assiduously as it does so that we could produce heart-rending footage of injured Israelis. We could make our case more effectively if the ‘apartheid wall’ was dismantled and the suicide bombers provided us with some photogenic carnage. How much easier life would be for we Israel supporters if Israel was swept into the sea altogether and we could make the case for Israel all day long, unopposed. Then we’d be laughing.

I’m not writing about the Middle East today. Not directly - but as usual the Middle East’s presence is felt in the shadowy form of a big fat elephant. It’s the very thing that hasn’t been properly scrutinised in the context of the crisis in the Labour Party.

The EHRC report has come down hard on Corbyn’s Antisemitic Party. Because of the obvious need to stick to ‘facts’ and not to be derailed by squabbling over subjectivity and ‘feelings’, the commission pared a litany of submitted grievances against Corbyn’s Labour Party right down to substantive issues only; straightforward matters of legality. You know, actual breaking of the law.

While this approach concentrates the mind, it also lets a whole lot of flotsam through the net to muddy the waters and clog up the works. It’s sad that the EHRCommission took (or had to take) the factual, ‘substantive only’ tack, sticking to indefensible, irrefutable, “Illegality-only” evidence - in order to convince their opponents of the validity of the report. Of necessity, the emotional stuff, the real, true racist stuff had to be sidelined, just because of the enormity of the opposition. As Paul T Horgan says:

The EHRC report) takes no account of Corbyn supporters targeting a chant calling for Israel to be destroyed at Jewish demonstrators protesting against anti-Semitism. Verbal abuse against Jewish people at party meetings and conferences is not counted. The party members who hounded Jewish woman MPs such that they had to leave Labour is not included. The Labour members cheering Chris Williamson on when he complained that the party was ‘too apologetic’ over anti-Semitism are not part of Corbyn’s claimed statistic.

There are several aspects to this saga. Number one is Keir Starmer. He’s a politician, which I suppose is some sort of an excuse in itself. A 'par for the course' type of thing.

So when he was exposed at the time of the last General Election, doing rather more than toeing the party line by explicitly assuring Andrew Marr that he’s 100% behind Jeremy, his current posturing (strong, decisive leadership - grovelling apologies to the Jewish community) starts to look decidedly 'realpolitikish', however much we might wish it were otherwise.

Like the lawyer he is Starmer followed the brief and stood by Corbyn’s side for years no matter what.

Today it’s a different brief but highlights the same thing - he doesn’t do what’s right, he does what’s politically convenient.

The public won’t forget he propped Corbyn up. pic.twitter.com/NKRNQtupHn

Nevertheless, for now, let’s give the benefit of the doubt to Sir Keir, if you like. Just please don’t let him do any more kneeling.

All of a sudden everyone in the Labour Party not committed to the ultra-left is deserting the sinking ship. Even Jeremy Corbyn’s protégé Angela Rayner gave a brave account of herself on Newsnight, standing firm under Kirsty Wark’s mildly fierce searchlight. I mean, “how are you going to get yourself out of that?” is a question going begging.

And Shami in your ermine robes, wherefore art thou? Oh yes, and Seaumas Milne. Why so shy? No-one holds him to account do they? Perhaps the BBC’s conspicuous lack of curiosity about Milne is related to his former associate editorship of the Guardian.

So now that the Corbyn supporting faction and the equivocators who were well on board with Jeremy Corbyn’s Antisemitic Party during the good times are jumping ship. It wasn’t me! they shout in unison.

Which brings me back to the elephant in the room. Israel.

Much of the bigotry against Jews expressed by Labour members is tied up with the demonisation and delegitimisation of Israel.

However, there is general bafflement in Britain over the association of anti-Israel and anti-Jewish sentiment, with a widespread belief going way beyond the Labour Party that the claim of antisemitism is being used to stifle legitimate criticism of Israel.

I blame the media for the decades of partial reporting that thrust ammunition into the hands of the haters.  It allowed the very word ‘Zionism’ to stand for evil. Why, the word itself is almost an anagram of Nazi. If you could stomach listening to Chris Williamson screeching at Andrew Neil you’d know what I mean. 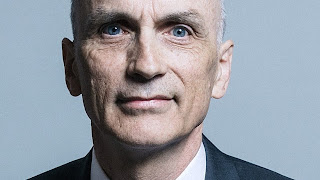 The Balen report was suppressed by the BBC at the cost of several hundred thousand pounds (of my money.) If the Labour Party can be skewered by a forensic, facts-not-feelings inquiry, why cannot the BBC?

Could the EHRC investigate the BBC and examine the not-very-subtle “anti-Israel” agenda that all the usual BBC stalwarts and equivocators are now carefully distancing themselves from, as they turn to interrogate their Labour party counterparts?  All of a sudden Mishal ‘homemade contraptions’ Husain and company are getting all self-righteous on behalf of ‘the Jewish community’.

Has the BBC taken the oath? Has it sworn to tell the truth the whole truth and nothing but the truth? Or will selected bits of it do?

Each time we spot another heartfelt “what about Israel’s ’treatment’ of the Palestinians!?” followed by another possibly well-meant but utterly misguided attack on Zionism (and therefore Jews) it originates from some agenda-driven, holy, high-up employee of the Associated Press or Reuters parachuting some agenda-driven hack into some godforsaken theatre of war to fulfil a tailored and tacitly preordained brief. That’s according to Matti Friedman.

Should the media care to tell the whole truth it would expose the true nature of the Palestinian Cause. The very existence of Israel must not be accepted as justification for any of the disingenuous Palestinian grievance-mongering we’ve been force-fed by the media, yet ‘getting rid of Israel’ is the stated aim of Palestinian zealots, Hamas and its supporters, however unpalatable that truth might sound to virtue-signalling, Western, pro-Palestinian advocates and BDS activists.

Injustices and suffering, abuses of human rights, all the stuff that the Pro-Palestinian justice warriors are so virulently passionate about when they blame it on Israel, emanate in reality from the Palestinian leadership’s corruption and religion-based racism. The people are sacrificial lambs; expendable currency in the war against the Jews on behalf of Jeremy Corbyn’s friends, Hamas, the PA., Iran etc.

The so-called Palestinian cause was seeded with hatred of Jews. It flourished in the West alongside Tony Blair’s legacy of mass immigration and it took hold in left-wing politics through Islam-friendly expediency. Now antisemitism disguised as Pro-Palestinianism is actually fundamental to the contemporary Labour Party’s remit. How are you going to untangle that, Sir Keir?