Obviously, someone had to flag this up so it might as well be me. At last, the Conservatives are showing some fight in the culture war

A beautiful noise rang out last week in the wake of the news that the government is considering Charles Moore to become the new chairman of the BBC and Paul Dacre to be the head of the broadcasting watchdog Ofcom. The noise was the sound of the British left wailing that toys they thought were theirs alone might now (under a Conservative government) finally go to identifiable conservatives.

The former editor of the Guardian Alan Rusbridger shrieked that ‘this is what an oligarchy looks like’. This and similar tweets were presumably sent from the lodgings of the Oxford college that Rusbridger was made principal of five years ago. Others who screamed themselves sick included BBC employees who briefed that Moore’s appointment ‘would shatter morale. People will leave.’ For there can be no greater way to refute accusations of institutional leftism in the BBC than for the corporation’s employees to threaten to resign en masse in response to a conservative appointment. Elsewhere, Have I Got News For You tweeted that this would be the end for the   BBC. Which is as funny a joke as that show has mustered in the present century.

In case you missed it, Abdel Bari Atwan, the BBC’s favourite political pundit and popular guest on Dateline London offers the Arab world some wise advice on the best strategy for ’victory’: “Terrorism”. 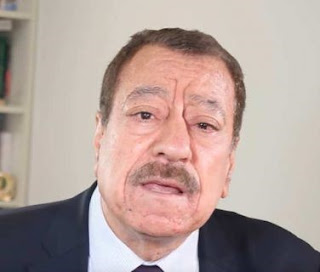 Senior Palestinian-British Journalist: The Taliban Showed That Terror Attacks Are The Way To Defeat The West; The Israel-Bahrain-UAE Agreements May Turn The Palestinians Back To This Path

On the bright side, I have noticed a sea change within the centre-right media/blogosphere or whatever you like to call it.

Not so long ago any Israel-related opinion piece would attract a heavy proportion of negative comments - anti-Israel bordering on antisemitic. But in recent times - probably only a few months, there has been a swing. Now I sense a supportive majority. At last, people have started to get it.