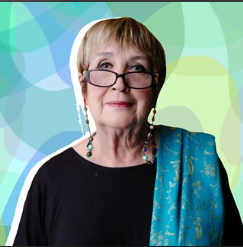 Dame Jenni Murray has become the latest in an ever-lengthening line of BBC leavers to immediately follow their departure from the Corporation by launching an attack on it.

Writing for the Daily Mail today, Dame Jenni makes it plain that her main reason for leaving the BBC was her resentment at being "cancelled" by her bosses over her views on (a) transgender and (b) Brexit.

She feels they were unjustly censoring her, firstly, by banning her from conducting any interviews about transgender issues on Woman's Hour since she wrote an article in The Sunday Times from 2017 saying transwomen aren't "real women" and, secondly, by banning her from covering the 2019 general election after she wrote a pro-EU essay, also in 2017 (only months after her first rebuke over the Sunday Times article), in which she describes herself crying as the EU referendum result came in.

She argues in the Daily Mail piece that it doesn't go against BBC impartiality for BBC journalists to have strong views and express them elsewhere just as long as they remain strictly impartial on air - which she says she always did. In other words, she says she hung her views up with her coat at the studio door.

This is fascinating. I'd assumed that the trans issue and the hostility surrounding her Sunday Times article played some role. There's always been a long strain of activism at Woman's Hour, with Dame Jenni at the forefront of it. This campaigning attitude, therefore, long pre-dates the present-day campaigning mood among younger 'woke' journalists at the BBC, so it strikes me as ironic that she found herself out-campaigned by the new crowd. But it's her BBC bosses, who rebuked her and stopped her interviewing on the subject for the last three years of her Woman's Hour career, who clearly irked her most.

And I'd either forgotten or never spotted that she got into trouble for that pro-EU essay and wasn't allowed to cover the last election for the BBC. Like a blinkered campaigner, she still feels she did nothing wrong there.

What's so striking here is that the BBC did what they are surely supposed to do if a journalist publicly identifies themselves with a controversial position - not just reprimand them for breaching their impartiality rules but take appropriate, decisive action.

Banning her from covering trans matters and the 2019 general election is unusually decisive action from the BBC. Over trans matters you could put it down to the BBC's terror of the often ferocious, extreme trans mob but the decision to stop her covering the general election because of her public views on Brexit is something different - and, to me, totally unexpected.

Given that some many other BBC journalists could have been taken off the 2019 general election too for expressing similar views in the past (e.g. Mark Mardell) it does beg the question as to why she was singled out?

The problem is that - contrary to what Dame Jenni seems to believe - BBC's guidelines have actually been pretty clear that expressing strong views elsewhere on matters of controversy is something BBC journalists should steer clear of - or, at least, tread very, very carefully. She fell foul of those guidelines and was punished.

Incidentally, Jenni Murray undermined her clinching line that she was always strictly impartial on air, thus showing her total commitment to BBC impartiality, by signing off on her final edition of Woman's Hour with a little feminist speech and a song about what 'a woman' is, which most people interpreted as a two-fingered salute to her trans critics. I doubt she sees any irony in that.

And more irony to end...

Dame Jenni "defies anyone" to know her politics, but I think we can guess something of the views held by the team behind Woman's Hour at least because of the four guests invited to celebrate her BBC career on her final edition - Baroness Helena Kennedy, Harriet Harman MP, Jude Kelly and poet Jackie Kay. All are left-wing, two are Labour Party parliamentarians. That speaks volumes, doesn't it?

Anyhow, good luck to her in her retirement. If she is retiring.