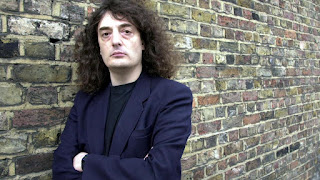 Exhibitionism is a recognised mental disorder, but whipping your penis out during your performance at the Edinburgh festival doesn’t properly fall into that category as defined here. I mean on this occasion at least, the intention wasn’t a prelude to sexual activity as far as we know. Although this definition isn’t quite so clear-cut.

Exhibitionistic Disorder is a mental disorder that causes a person to expose his sexual organs—or genitals–to other people, usually people they’ve never met and are not expecting it, according to the American Psychiatric Association. The exhibitionist gets sexual enjoyment from the behavior.

We’re talking Jerry Sadowitz, obviously. In the context of showbiz, I imagine he does it for comedic edginess rather than sexual enjoyment. But he is quite weird, so one can’t be sure. Anyway, whose business is it to measure the extent of a performer’s sexual enjoyment? Is there a quota?

It seems he is an absolute master of sleight-of-hand magic trickery, which should be a massively redeeming feature for all the undecideds and the not-so-sures.

I digress. What struck me most of all (Let’s not look for unintended innuendos in this post) was the prudishness in some of the comments below the line here.  (£) It’s exposed a whole lot of puritans! Well, maybe ‘exposed’ isn’t the best choice - let’s try ‘revealed’. Who knew that The Times readership was so easily discombobulated and so quick to pluck things out of context like a new-generation bunch of Mary Whitehouses.

On the other hand, I’ve heard that (retrospectively) Mrs. W and her zero-tolerance stance on sexual liberation has been reevaluated. It’s now deemed “She was right all along” which is probably the inevitable and justifiable pushback to the rise in gross pornographic titillation. You fickle, pendulum-swinging representatives of public opinion, you! The hooha is predicted to boost Sadowitz’s profile, so it’s all good.

Self-disclosure; in reality, I am a bit of a prude but in principle, not at all. So what business do I have talking about something I haven’t seen and am unlikely ever to do so? Self-indulgence is about the sum of it.

Oh yes, and the other thing concerns Edinburgh Council’s possible twinning with Gaza. If you follow our sidebar all the way over to David Collier’s blog, now stylishly revamped, you will know about this already.

This article has been up for a few days, yet his resident contrarians and antisemites are nowhere to be seen. No doubt they’re still girding their loins. 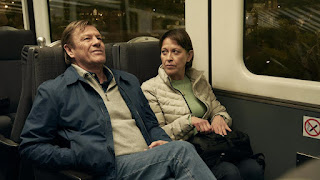 I thought about reviewing the latest BBC drama about marriage. It’s called “Marriage”.

I’m not a reviewer, and I do realise we’re only halfway through the drama but I’m assuming there are some surprises in store. Let’s hope the concluding episodes wrong-foot premature naysayers like me and make us look stupid.

Compare the prolonged banter about baked potatahs with the comical banality of the early semi-improvised TV dramas by Mike Leigh, where an implicit profundity somehow shone through, even if it was all in the viewers’ imagination. Of course, the actors did have the advantage of being (at the time) unknown and odd-looking.

Of a similar oeuvre, “Creature Comforts”, ads with plasticine animals animated to a soundtrack of randomly banal chatter resonated with viewers and evoked a million times more profundity and pathos, and were almost moving. (Maybe they should have resurrected them for this production) The Owl and the Pussycat were married.

I suspect the tediousness in the first two episodes of “Marriage” was deliberate, but rather than emblematic, profound, or moving - the tediousness came across as plain, face-value tedious. I think we can work out for ourselves that the black daughter was supposed to have been adopted rather than the casting department’s nod to diversity, which would have been quite a stretch. Was the boyfriend deemed so awful because he didn’t drink wine? Under the circumstances, he seemed suitably polite.

Maybe James Bolam will save the day. All will be revealed next week.