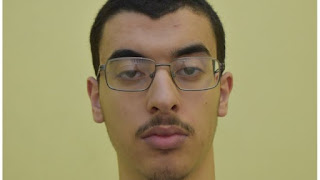 Meanwhile, back at the ranch, Brendan O’Neill has written a sharp piece about ‘the problem we don’t like talking about.’
I urge you to read it, as well as the responses below the line.

I’ll try to summarise, which is very cheeky and presumptuous, but I’ve learned that not everyone (especially me) has the time and patience to click on every link.

O’Neill is concerned that the conviction of Hashem Abedi for the murders of 22 attendees of Ariana Grande’s concert at the Manchester Arena hasn’t engendered an appropriate amount of media coverage. Although his brother Salman was the actual suicide bomber, Hashem Abedi was equally responsible for the crime. 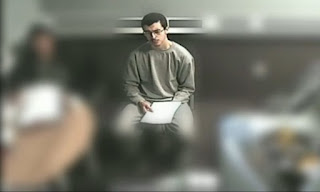 Where is the debate? asks O’Neill, where is the concern that ISIS-inspired extremism has fuelled such atrocities?  He identifies the media’s gross double standards, comparing the ‘Don’t look back in anger’ approach and the therapeutic style ‘deradicalisation’ strategy prescribed to treat violence and terrorism motivated by “Islamism” with the unadulterated ‘blame’ we attach to ‘far-right’ acts of terror, which must somehow be defeated.

"The very use of the term ‘radicalised’ reduces them to passive creatures who have had something bad done to them, probably by a twisted preacher on the internet. Apparently, they need our help. Fascists must be defeated, but violent Islamists must be cared for, put on the couch, pitied.

It’s a powerful piece, but it leaves me with one or two unanswered questions.

1) Why do people like Brendan glibly condemn Tommy Robinson in such a reflexive and out of hand manner? (However, I now see Brendan has cautiously re-framed that condemnation - I suppose I'll have to search again for 'people like him' distancing themselves from Tommy Robinson )  After all, Robinson, (aka S Y-L ) has made an admirable effort to study the ideology that’s at the very heart of the problem. In other words, his Luton accent and his volatility are not enough to make him into a mere racist thug.  In fact, it’s his fearless, perhaps innately pugilistic quality, (lacking in many a lesser, more easily intimidated critic of Islam) that has protected and prevented him from being utterly intimidated and silenced by ‘the system’.

2) The murky distinction between the ’ism’ in Islamism and Islam proper is problematic. In some ways, it’s a mirror image of the ‘good’ (anti-Zionist) Jew and the regular Jew. After all, when push comes to shove, a Jew is a Jew is a Jew.  Are we now saying the only good Muslim is an ex-Muslim? I kind of think we really are.
See the comment from Geoff W 18th March 2020 at 8:51 pm (I don’t think I can provide a direct link) but arguably the way forward hinges on some sort of future enlightenment within the religion. But, isn’t there a built-in super-injunction (within Islam itself) against reform?
Posted by sue at 13:35