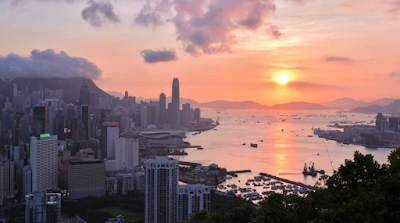 The FT's global China editor James Kynge is certainly right to call it "extraordinary" that the UK is "broadening its offer of visa rights to 3m people from Hong Kong, up from 300,000 previously".

I'm also guessing he's right that Beijing is "likely to be incensed".

This is a huge story, with so many potential ramifications.

And Harry Coles of the Mail on Sunday is surely also right to say that it "seems bizarre this is being all but ignored by so many broadcast outlets".

(Not that I've been following it particularly closely either, it must be admitted.)

That commitment from the UK Government to allow in so many people - if events demand - surely necessitates serious and urgent discussion.

To bring in so many people could be excessively costly - especially as we're beginning to come out of lockdown, and appear to be about to suffer the unprecedentedly severe economic aftermath of lockdown. What would it mean for housing, public services, etc?

And we are already - never mind what the BBC's Mark Easton says - a crowded country.

But I can also see huge benefits from having lots of pro-British, democracy-loving Hong Kongers living alongside us - as well as the moral and emotional rewards of us doing a very good thing and rescuing the people of our former colony - to which we have such strong ties - from totalitarian Chinese rule.

So what is to be done?

Personally, I'd welcome them with open arms, but I might not be in the majority over that.

Again, public consent is the key thing here. Or ought to be. 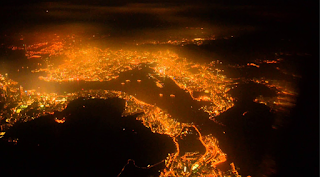 Back to 'core blog' matters: Is Harry Cole being fair about the UK's broadcast outlets?

Looking just at the pro-immigration BBC, as we tend to do (given the blog's title), and using TV Eyes to catch up...

I see that BBC One's News at Ten on Thursday night just about covered it. It was mentioned in the last five minutes of their 35-minute long bulletin. The BBC's John Sudworth described what was going on in Hong Kong and Dominic Raab was shown stating the UK Government's commitment. No eyebrows - metaphorical or literal - were raised about the numbers of potential immigrants. (Very BBC! It takes me straight back to their biased behaviour in advance of the waves of EU migrants in the mid 2000s and the influx of Romanian and Bulgarian migrants in the mid 2010, both of which the BBC got badly wrong). The only hint of editorialising came when John Sudworth called the UK Government's decision a "surprise" announcement. From the tone of how he put that (impossible to transcribe) I gathered that he considered it a pleasant surprise.

And, to give them their dues, Thursday night's Emily Maitlis-free Newsnight found time to sort-of cover the story. The estimable Mark Urban...(what on earth does he really make of all the recent, hot-headed, activist-style Newsnight stunts? Might he be a future whistle-blower?)...provided a clear overview of the situation in Hong Kong. The UK's offer was, however, mentioned almost in passing and no eyebrows - metaphorical or otherwise - were raised about it. Yesterday's Newsnight didn't touch the story.

And yesterday's BBC Breakfast and all of the main BBC One news bulletins also ignored it completely.

Massive events happening in a faraway territory about which we know something and the BBC isn't making a great deal of it then. Why?

The UK Government commits us to potentially letting in up to 3 million people from Hong Kong, if needs demand, and the BBC doesn't bat an eyelid. Why?
Posted by Craig at 05:39