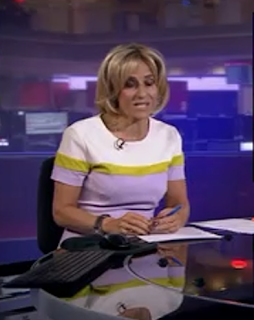 This is the year that any pretence of impartiality from certain quarters at the BBC finally ended, especially Newsnight.

Emily Maitlis, in particular, is now the British equivalent of MSNBC's Rachel Maddow, simultaneously a television news programme host and a 'liberal' political commentator who wears her opinions on her sleeve.

Last night's Newsnight began with a monologue that told us what we are supposed to think, and did so at the licence fee payer's expense:

Good evening, Dominic Cummings broke the rules. The country can see that. And it's shocking the government can not. The longer ministers - and prime minister - tell us he worked within them, the more angry the response to this scandal is likely to be. He was the man - remember - who always 'got' the public mood. Who tagged the lazy label of 'elite' on those who disagreed. He should understand that public mood now: one of fury, contempt and anguish. He made those who struggled to keep to the rules feel like fools. And has allowed many more to assume they can now flout them. The prime minister knows all this. But despite the resignation of one minister, growing unease from his backbenchers, a dramatic early warning from the polls, and a deep national disquiet, Boris Johnson has chosen to ignore it. Tonight we consider what this blind loyalty tells us about the workings of Number 10. We do not expect to be joined by a government minister. But that wont stop us asking the questions.

How it this not a flagrant breach of the BBC's charter, and shouldn't Emily Maitlis and her producer Esme Wren now resign?
Posted by Craig at 06:34