Skewing the story. Setting the agenda 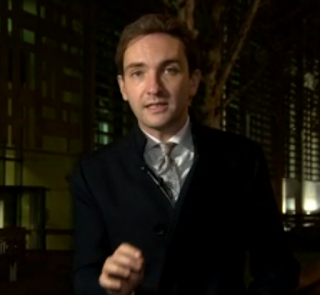 Talking of last night's Newsnight, it certainly went in hard against Priti Patel and the PM.

This was its introduction:

Kirsty Wark: Our Home Secretary is an unintentional bully. So if she really the best person for the job? Should Boris Boris Johnson have shown her the door? I'll be asking a former Permanent Secretary, a professor of law, and a Tory MP....

Good evening. Today, Boris Johnson chose to ignore, in fact reject, the verdict of his independent advisor on ministerial standards on a bullying inquiry into Priti Patel. The result? No matter that the Home Secretary was deemed to have sworn and shouted at junior civil servants, and was concluded by the report to have broken the Ministerial Code, she is still in her job, while that advisor, Sir Alex Allan, has resigned. She survived because the report says the bullying could have been "unintentional" and Priti Patel wasn't ever given feedback about her behaviour at the time. Tonight that has been flatly contradicted by Sir Philip Rutnam, her former Permanent Secretary who resigned in February claiming he was forced out because he exposed her bullying behaviour. So should the Home Secretary still be in her job? Here's our Policy Editor Lewis Goodall.

Lewis continued in the same vein:

Lewis Goodall: The gloomy corridors of power in Westminster are groaning with irony even more than usual. It's Anti-Bullying Week, which just so happens to coincide with a controversy over one of the most senior members of the Government allegedly engaging in bullying behaviour of her own. There had long been whispers that Priti Patel could be unpleasant to her civil servants across several departments. This culminated in the resignation of her Permanent Secretary, the Home Office's top official, Sir Philip Rutnam in February, accusing her of the same. The Prime Minister's Independent Adviser on Ministerial Standards, Sir Alex Allan, was asked to look into the allegations. His conclusions have only just emerged. Allan says that Patel, in the way that she treated her civil servants, did break the Ministerial Code, the rule book for ministerial conduct - albeit, perhaps, unintentionally. "My advice is that the Home Secretary has not consistently met the high standards required by the Ministerial Code of treating her civil servants with consideration and respect. Her approach, on occasions, has amounted to behaviour that can be described as bullying in terms of the impact felt by individuals." Any breach of the Ministerial Code would typically lead to a ministerial resignation or dismissal. But Patel has been spared.

Priti Patel: I'm sorry that my behaviour has upset people. And I've never intentionally set out to upset anyone. I work with thousands of brilliant civil servants every single day, and we work together, day in, day out, to deliver on the agenda of this government.

This is because Boris Johnson said today that he does not agree with Sir Alex Allan's findings, that she has not engaged in bullying behaviour and, ergo, considers the matter closed. This morning, Sir Alex Allan promptly resigned in response. It is very unusual. In fact, I think this is unprecedented. Certainly it is unprecedented for the Prime Minister's Adviser on Ministerial Standards to resign.

It is especially embarrassing for the Prime Minister that the foreword to the Ministerial Code is written by, well, the Prime Minister himself. It says, there must be no bullying and no harassment. It is then followed a couple of pages later by point 1.2, which says that bullying will not be tolerated. But, for Patel's future, what matters is the politics and political support in the Tory Party. And there, unlike the rest of Westminster right now, she's home and dry.

Andrew Bridgen MP: There's huge support on the Conservative backbenches for the work she's doing. She's a tough and forceful Secretary of State in a very difficult department. And she's delivering on our manifesto pledges. I think, as far as most of the backbenchers are concerned, and most of my constituents, we'd like to see more ministers like Priti Patel, not less.

We should say that Sir Alex Allan's findings were not entirely uncritical of the civil service either. He said they were slow to respond to the Home Secretary and to do what she wanted. But for a minister to have been independently adjudged to have broken the civil service code, and for no consequences to follow from it, does mean that there are two much bigger questions now in play than that of Priti Patel's future. Firstly, what is to disincentivise a minister in the future from breaking the code? And, secondly, with Sir Alex Allan's resignation, what is left of the system to enforce it?

In this year, so many iron laws on politics have been broken in Westminster. One where the metal has softened most of all is the question of when ministers or political figures should resign. With the Ministerial Code's power now seemingly weakened, we are no further forward with the answer.

In the subsequent two-against-one interview (two against Ms Patel, one for Ms Patel, with the one for Ms Patel getting interrupted a lot - the same old story!), Conservative MP Keiran Mullan observed that Lewis Goodall's report had "brushed aside" as a minor side issue something he considered "equally damning": Sir Alex Allan's criticisms of the Civil Service for its "lack of leadership" and its "lack of willingness to support Ms Patel.

He certainly wasn't wrong about Lewis brushing it aside. I've highlighted in yellow the bit where Lewis did just that.

If you recall, Sir Alex had some remarkable things to say about the Civil Service:

The home secretary says that she puts great store by professional, open relationships. She is action orientated and can be direct. The home secretary has also become - justifiably in many instances - frustrated by the Home Office leadership's lack of responsiveness and the lack of support she felt in the Department for International Development (Dfid) three years ago.

The Civil Service itself needs to reflect on its role during this period. The Home Office was not as flexible as it could have been in responding to the home secretary's requests and direction. She has - legitimately - not always felt supported by the department. In addition, no feedback was given to the home secretary of the impact of her behaviour, which meant she was unaware of issues that she could otherwise have addressed.

This conclusion needs to be seen in context. There is no evidence that she was aware of the impact of her behaviour, and no feedback was given to her at the time. The high pressure and demands of the role, in the Home Office, coupled with the need for more supportive leadership from top of the department has clearly been a contributory factor. In particular, I note the finding of different and more positive behaviour since these issues were raised with her.

This highlights how the BBC can set and shape the agenda.

If Newsnight only wants to focus on questioning and criticising the behaviour of Priti Patel and Boris Johnson and chooses to put to one side Sir Alex's damning criticisms of the Civil Service for poor leadership, a lack of responsiveness and and unwillingness to support a senior cabinet minister - something that surely matters massively in a democracy and is a huge story in its own right - then the focus on Priti Patel and Boris Johnson's failing will be all Newsnight viewers are going to hear about and think about.

It fatally skews the story though, doesn't it?