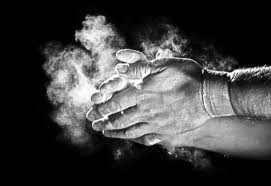 I think I'm going to chalk this up as a victory for Is the BBC Biased?

Our post Take one 'Tablet' three times a day created quite a flurry of interest, including from Damian Thompson and James MacMillan at the Daily Telegraph and on various popular Catholic blogs. Many a reader complained directly to the BBC about the extraordinary biasing of the Radio 4's Sunday in favour of the liberal Catholic magazine The Tablet (dozens of appearances by people associated with that newspaper) and the complete exclusion (for at least two years) of writers from its more conservative rival The Catholic Herald - a point I brought up again a few days ago on the post This coming 'Sunday'....

I've noted before the marked decline in Tabletistas on the programme ever since and this morning's edition went one step further. Was it in response to my challenge? We know they read us because they've linked to us twice already (rather surprisingly).

Unlike before, when two or three people from the Tablet would get together for a chat at the end of a Catholic-centred special, today we had Clifford Longley of...yes, obviously...The Tablet discussing the Pope's resignation with....drum roll....Madeleine Teahan of The Catholic Herald, who provided a rare, orthodox, pro-Benedict perspective.


Similarly, though much of the early part of Sunday was more typical, with Ed Stourton and David Willey gossiping and criticising the Vatican, it should be noted that the programme's striking use of the highly liberal Robert Mickens of The Tablet as if he were Sunday's other (unofficial) Rome correspondent did not occur this morning. I think I'll chalk that one up too!

That was followed by a fairly negative report on the Pope's difficulties with other faiths. The choice of topic was possibly a sign of bias but Kevin Bocquet balanced his report quite well - far better than, say, Tim Whewell in his remarkably negative Newsnight report from last Monday, where Catherine Pepinster of The Tablet and Geoffrey Robertson QC were hostile witnesses for the Pope - and in Mr Robertson's case an extremely hostile one! - with no helpful witnesses for balance.

Moreover, the canvassing of four opinions from around the world on this morning's Sunday may have contained two strongly liberal voices critical of Pope Benedict, namely Roberto J. Blancarte, president of the Center for the Study of Religions in Mexico, and Italian left-liberal Vatican correspondent Marco Politi (alongside John Allen of the National Catholic Reporter, a studiously impartial commentator despite admitting to liberal tendencies), but at least the fourth and final voice was a conservative, pro-Benedict one, namely Cardinal Wilfrid Napier of Durban. A biased selection for sure, but it could have been worse.

So the programme is being much more careful it seems - and for that they must be applauded. 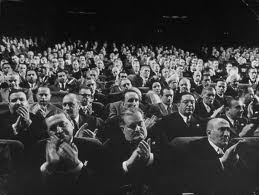 Shame about last night's In Search of the Real Pope Benedict though!
Posted by Craig at 12:32