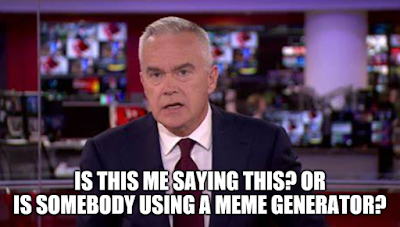 At least in my head, I like to think of this site as being something of a 'blog of record' as far as certain BBC-related matters go, so having missed most of the last two weeks I'm feeling the need to fill a few gaps.

Your comments are proving very helpful in helping to plug them, so thank you.

I saw mixed reviews for it here on the Open Thread.

It took me a while to figure out exactly where the piece was 'coming from', but the fact that the writer twice uses the word "reactionary" - once about Danny Lockwood, the other time (literally) about 'people like us' - and then proceeds to call the leavers of the ERG "far-right" left no room for doubt that the writer is a BBC left-winger. And although it puzzled me initially that the BBC Anon sounded queasy on the question of Brexit and was against both Mark Francois and Anna Soubry, reading the longer, unedited version of the piece at The Fence (where Tom Watson and Chuka Umunna came in for snippy criticism), I think it's safe to confidently assume that the writer is a disgruntled BBC Corbyn admirer instinctively defensive of Jeremy Corbyn's fence-sitting over Brexit. (Or am I wrong?)

Still, there was some fascinating stuff in the piece, including all the bits about the grid used by producers on all BBC political shows to ensure 'diversity':

A whiteboard would be marked up with a clumsy grid system. The grid would revolve around a set of key identities such as “woman”, “northern” or “poc” (person of colour). These would then be cross-categorised with political stances such as “Brexiteer”, “Tory” or “progressive”. Our task [as BBC producers] would then be to ensure that any proposed panel contained a complete balance of all these attributes.

If 100% accurate, how 'very BBC' and patronising is that?

I don't doubt for one moment the counting bit of the grid, especially the “woman”, “northern” or “poc” (person of colour) bit. The BBC, despite rejecting the 'number-crunching' of News-watch (and my massive 2009-10 interruptions survey), are total hypocrites in this respect. They put The Count from Sesame Street to shame when it comes to counting things like "women, Northerners and pocs".

Plus, if 100% accurate, it would mean that the BBC uses the labels "Brexiteer", "Tory" and "progressive" in production meetings - and, if the BBC really does label people that way, that would speak loud volumes about the "progressive" outlook of BBC producers.

The writer also writes about the "boozy familiarity" between BBC journalists and "a handful of MPs, deeply entrenched in London’s literary and intellectual circles, [who] treat the BBC like a university common room". These MPs are "slick and power-hungry" Remainers:

Off-camera, a highly influential Westminster social circle revolves around trips to various holiday homes in continental Europe, where various MPs and the journalists who are supposed to report on them have long been playing just as hard as they work.

It's hardly proper whistleblowing though, is it, if the BBC Anon doesn't name names?


The grid may be repellent to opponents of identity politics, but there's no doubt that some people gain from it.

Yesterday's The Times included an interview with regular BBC Politics guest Helen Lewis (formerly of The New Statesman, now at The Atlantic). 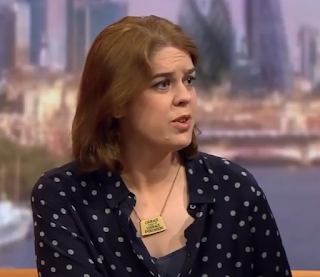 She singles out blog favourite Rob Burley, Editor of Live Political Programmes for the BBC, as being responsible for "a seismic change in the inclusion of women in line-ups".

I don't doubt it.

Rob, however, is forever busy in having to fend off people on Twitter comparing his carefully counted and tick-boxed programmes to Loose Women.

Having counted himself, Rob says it works out, over time, at about 50/50 as far as the balance between men and women goes.

(Question: What is it for pocs and us Northerners?)

Male-female-wise, the BBC is just like Is the BBC biased?, the most woke BBC bias blog in the world, only beaten by The Conservative Woman.

It's been an interesting week for Rob.

I do like him, and I understand why he's severely drawn back from being the BBC's chief musketeer on Twitter: I'm assuming too many unreasonable Corbynistas, venom-spouting spider-sporting FBPE types, and Carole Catwalladr cultists - fringe fanatics, all of them, who speak for barely a minor fraction of the public.

Even a rare, admirable, charming (if choosy) BBC engager-with-the-public like Rob must get worn down by totally irrational complaints about BBC bias from 'the other side', despite temptations to continually shoot half-witted fish in tweet-sized barrels.

('Our side', of course, is perfectly reasonable in our complaints, so 'complaints from both sides' can go and take a running jump!)

On which subject, BBC Two's Politics Live came under fire from Guido Fawkes for seeming to accept without question, or any basic journalistic probing whatsoever, what an Extinction Rebellion girl said. 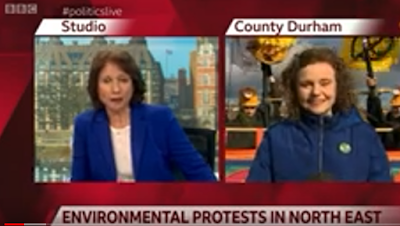 There's no 'seeming' about it though. As this YouTube clip shows, Jo Coburn, seeing protestors wearing miner's hats made of cardboard, simply took it on trust that the protestors surrounding the XR girl were miners and ex-miners, despite them protesting against 'their mines' and livelihoods being extended and wearing cardboard miners hats.

Free-range egg on the BBC's face it seems, alongside fried fake news sandwiches.

I was also surprised to learn that Nick Robinson, the BBC’s political editor at the time, recommended the editor of BBC News at Ten, Craig Oliver, to succeed Coulson as director of communications. “Look, the head of comms at No 10 has nearly always been an ex-journalist, from a paper or from broadcast. I don’t think that is a huge issue.” And Robinson recommended him? “Yes, apparently.”

Who knew Nick Robinson was such a man of influence?


A blog well-wisher really didn't enjoy Tuesday's Newsnight complaining that they had an item about Cyril Smith and David Steel and had Harvey Proctor on to comment. "Never mind that his story had nothing to do with it. And Maitlis kept pushing him towards her POV about the police. And I noticed that the ex-policeman was a cuddly 'John' and the ex-politician was a formal 'Harvey Proctor'". That's our Em!

Still, it might earn the programme another award. Newsnight won 'Daily News Programme of the Year' at the Royal Television Society TV Journalism Awards last week. 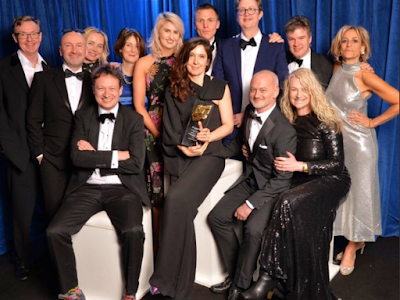 I love this photo of the triumphant team, firstly because of Emily Maitlis's theatrical pose and, secondly, because of the total lack of diversity on display. What would Geeta Guru-Murthy say about such "a white crowd"?

Talking of triumphant people, Samira Ahmed - fresh from her equal pay victory over the BBC - is definitely smiling a lot more on Newswatch. Good!

This week's BBC editor on 'we got it about right' duties was Richard Burgess, UK News Editor for BBC News. He was defending the BBC over that perennial Newswatch complaint about BBC reporters getting blown about and soaked while reporting in the middle of a storm, preferably getting drenched in sea-spray. I think Mr Burgess put up a good defence and, here at least, the BBC did get it about right.

Never mind coronavirus, nothing was going to stop Mishal Husain from going to Paris to interview Asia Bibi for Today. What would Greta say?
Posted by Craig at 07:16