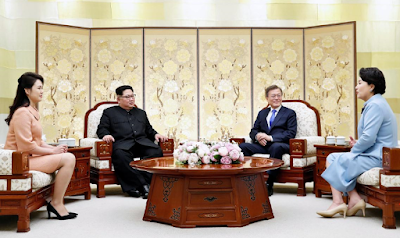 According to CBS, "National security experts, and even the South Korean foreign minister, are crediting Mr. Trump for bringing North Korea to the table."

Well, that's their view, but it's not the view of the BBC's ever-so-impartial Reality Check.

"Does Trump deserve the credit for peace talks with North Korea?", it asks. before answering its own question with a clear 'No':

So there you go. It's the South Koreans and the Chinese who deserve the credit, according to the BBC, and not Donald Trump.

Indeed, the article goes out of its way to give Donald Trump no credit whatsoever. 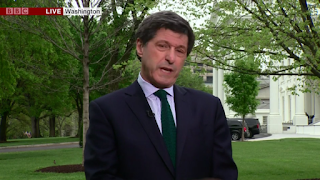 Intriguingly, the BBC's Reality Check is also at odds here with the BBC's North America editor, Jon Sopel. On last night's BBC One News at Six, he was asked, "Is Donald Trump claiming much of the credit for this?" and replied:

I think Donald Trump could justifiably say, "I have done this and no other President could probably have brought this about". Look, he inherited a policy of strategic containment. That was going nowhere. Then North Korea were suddenly doing these tests which showed they were much more technologically advanced. And Donald Trump, unlike another other President I think would have done, ramped the language up to Volume Ten, "weapons being locked and loaded", there would be "fire and fury", and he even talked to the UN about the total destruction of North Korea. I think that had two effects: I think it made North Korea realise that they were dealing with a rather different US leader and I think it made the Chinese worry as well about what could happen to the peninsula. The Chinese have played a key role in this and Donald Trump has acknowledged that. Now, of course, all these talks could go wrong. They may not happen. But at the moment it looks almost certain that talks will happen with Donald Trump and Kim Jong-un, and six months ago we were talking about the possibility of a nuclear confrontation. Now we are talking about the possibility of peace. And, in anyone's language, that must be seen as progress.

Maybe the BBCs Reality Check needs to give Jon Sopel a 'reality checking'.