Continuing to probe the truth of that comment on the Biased BBC website (see previous post)and having laid out plenty of I what I believe to be good evidence that the programme's coverage of the food labelling issue was fundamentally biased - conducting full-length interviews with supporters of the new scheme only, asking questions largely from the campaigners' side of the argument, interviewing campaigners in a far gentler way than (say) the business guest, largely ignoring some concerns (those of potentially adversely-hit businesses)  and completely ignoring more general attitudes that are sceptical about such schemes in principle - I'll now move on to the second item in that hour of Today (24/10/2012).  At the end of the previous post, I  wrote "Time to move on to the next issue. Surely it can't have been slanted towards the standpoint of campaigners too?" There's only one way to find out...

"200 children and young people under the age of 24 have died in prison or young offender institutions in England and Wales over the last ten years. Most of them, the vast majority, committed suicide. They were "a devastating indictment of bad practice", according to the former Chief Inspector of Prisons,  Lord Ramsbotham, in a report for the Prison Reform Trust and the charity Inquest. Yvonne Bailey is the mother of Joseph Scholes, who died aged 16 in custody in 2002. She describes what happened."

[Yvonne Bailey, describing her son and criticising his death in custody.]

"Ten years have passed since her son's death. Did she believe that lessons had been learned by the authorities?"

[Yvonne Bailey, saying 'No', and continuing her criticism, talking of a cover-up, calling for a full public inquiry and attacking the government for their failure to act on the evidence].

"Well, that was Yvonne Bailey, whose son Joseph Scholes died at the age of 16."

Such emotionally-charged testimony from a bereaved and angry mother calls for an interview in response from those being criticised. It didn't get it. Instead, we got a campaigner from the Inquest charity who, as you would expect, shares and went on to amplify Yvonne Bailey's point of view. It was, of course, perfectly reasonable for someone from Inquest or the Prison Reform Trust to have been interviewed but, surely, they shouldn't have been the only people interviewed after Yvonne Bailey?

Here's how the interview went:

"Deborah Coles in co-director of the Inquest charity. It is a fairly startling figure, this figure of 200, isn't it?"

[Deborah: "It's a deeply shocking figure". They all died in the care of the state - the most extreme of society's failing of the "troubled, vulnerable and disadvantaged children".]

"What do you think can be done?"

[Deborah: Evidence shows many of them have significant problems and needs "dramatic response from government" - how major rethink of how children are treated and "use prison in the most sparing of circumstances". Never been a public inquiry or review. Community punishment would be more effective.]

"The Ministry of Justice have issued a statement saying that 'Young people in custody are some of the most vulnerable and troubled individuals in society and their safety is a priority. Strenuous efforts,' it says, 'are made to learn from each death and improve our understanding of procedures for caring for prisoners.' Do you believe that?"

"Deborah Coles from the charity Inquest, thank you very much."

As you will have noticed, the generally sympathetic Jim did quote a government response before asking Deborah Coles if she believed it - not that anyone will a brain cell to rub together would have failed to guess in advance what her response to that would be. (No, she doesn't believe it). So that's a small tick in the 'Impartiality' box to balance the overall heavy weighting of the segment towards the campaigners.

And Inquest are a campaign group. James Naughtie called them a 'charity' three times. Not once did he call them a 'campaign group' or 'pressure group'. They are a registered charity, so technically Jim was correct; however, they are surely better described (when discussing this kind of story) as a 'campaign group' -  just as Sky, the Daily Mirror, the Independent, the Morning Star, the Daily Mail, the Guardian, Channel 4 News, the Huffington Post...and the BBC (among others) frequently describe them. The Prison Reform Trust, for that matter, is also a 'campaign group'. By not labelling them both as such, did Jim risk a misunderstanding on the part of his listeners as to what kinds of organisation were behind his report? Might listeners not assume that they are merely charities and independent bodies rather than active campaigners for prison reform and community sentencing? A report from a pair of liberal campaign groups, even when carried out by someone so well-regarded as Lord Ramsbotham, is not an official report and every step should be taken by a reporter to make sure that no listeners are left in any doubt of this.

The subject was rehearsed during the first hour of the programme when Sarah Montague discussed the report with the BBC's Clive Coleman. The discussion began:

Sarah: "The Prison Reform Trust and the charity Inquest are calling for an independent review into the deaths of children and young people in custody. Clive Coleman is our legal correspondent. Clive, it's not something one hears about terribly often. What sort of scale of problem is it?"

Clive:  "Well, the figures are really quite shocking..."

Clive then outlined the findings of the report, without either critiquing it (which is surely possible?) or providing any responses from those criticised. So, the report got a clear run and some support from the BBC reporter. Would it have got such favourable coverage if it had been a report from a victims' group or a right-wing organisation calling for tougher sentences? (Would it have got any coverage?) 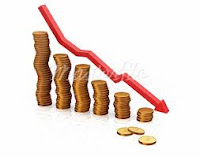 At 7.21 it was Business News, with Simon Jack interviewing Terry Duddy, Chief Executive of the Argos/Homebase group, which has seen a fall in profits. As such interviews often seem to go, it began with a less than helpful question (to the businessman being interviewed): "The business model at Argos is broken, isn't it?" A lot more tough challenging and interrupting followed, with Mr. Duddy arguing back. It didn't get quite as heated as the exchange between James Naughtie and the lady from ASDA in the next hour but it was a feisty encounter nonetheless. I had to smile when he got a "Best of luck with that!" from Simon at the very end!

At 7.25  (before the Sports News) came a feature that could hardly be claimed to be 'hard left' in orientation, as it wasn't a political story - an interview described on the BBC website as followed:

A Canadian mother Jessica Stilwell was so angry at picking up after her daughters that she and her husband went on strike and wrote a blog about it called "Crazy Working Mom: Diary of a mother on the brink of snapping!". She tells Today presenter Sarah Montague what made her do it.

You'd have to really stretch things to incredibility to say it's a piece showing the benefits of striking [as their strike worked!] and, thus,  Gramscian propaganda at its most subtle!