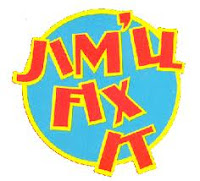 Another of the main stories on the 24/10/2012 edition of Today - the subject of this, the third of an ongoing sequence of posts - was the Jimmy Savile/BBC paedophile crisis.

"The chairman of the BBC Trust, Lord Patten, has said the Jimmy Savile scandal should not be used to question the corporation's independence."

That, indeed, was the angle the programme pursued - not an angle I guess they'd be unhappy to pursue,  given that it allows them to change the subject somewhat!

As far as guest selection goes, the programme chose a balanced pair of interviewees and cannot be faulted for their choices. Sir Christopher Bland, former BBC chairman, acted as the BBC's defender and David Elstein, who has held top jobs at Channel 5 and BSkyB, acted as its (not wholly unfriendly) critic. Quite right and proper. (You can hear this double interview in full here).

Let's see how James Naughtie conducted himself. Does he display neutrality here? (My transcriptions follow the usual format):

"The Culture Secretary Maria Miller has written to the chairman of the BBC Trust, Lord Patten, raising "very real concerns" about public trust in the BBC. He responded by saying, "I know that you will not want to give any impression that you're questioning the independence of the BBC." That cool exchange focuses on the long-term problem, beyond all the sordid details of the Savile scandal itself - how best can the BBC demonstrate that it remains robust and independent and retain public confidence. No senior BBC executives are available for interview this morning and the Culture Secretary also declined our request. Sir Christopher Bland joins us from Westminster, former BBC chairman of course, and also we can speak to David Elstein, former chief executive of Channel 5 and former head of programming at BSkyB.

"Sir Christopher, what do you think the BBC needs to do to safeguard its independence and to retain public trust as it goes through this horrendous period?"

[Sir CB: It needs to wait for the two inquiries. "At the moment the noise of people jumping to conclusions is almost overwhelming".  A lot of it happened "long ago." BBC needs to keep calm and pursue to truth forensically.]

"David Elstein, how do you see it?"

[DE: "The BBC is a very trusted organisation". Despite ineptitude at the top, it's hard to see the issue as being about the BBC not being trusted. The problem is it's very slow and backwards in dealing with crises (like many large organisations)  - a problem compounded by Lord Patten and the BBC Trust choosing "an insider" to be Director General just when a crisis was about to break...]

{interrupting} "Well, they couldn't know that and...

[DE: ..and the investigation being channelled through the BBC board and trust, the chairman of whom has already "compromised his own position". Problem of process not of trust.]

"Yes, I mean, you make a fair point about George Entwistle's position being an awkward one because of his previous job. That's just the way the cards fell. I mean nobody could have predicted that. It's not a piece of bureaucratic incompetence...."

[DE: "Oh, I don't agree with you at all. Jim. I don't agree with you at all."  If Patten had had his wits about him he'd have read the news articles in Jan and Feb of this year reporting the Savile/Newsnight problem. He didn't read them, or come across the story until Sep, Oct. If he had, he's have asked the right questions at the DG interviews...]

"Sir Christopher, come in on that one because it is..."

[Sir CB: if you followed up every rumour about the BBC as DG you'd have no time for your proper job. YOU didn't say at the time, this is a major scandal.]

[Sir CB, interrupting: "Well, what did you think about the story at the time?]

[DE: It looks to me as if it were a story that would be investigated at some time. The issue is 'When do you read your press cutting?' Your were excellent chairman, but I can't believe chairman had no red light flashing.]

"Do you think that Maria Miller, David Elstein - and then Sir Christopher on this as well - do you think Maria Miller was right to write what was a pretty sharp letter - which has been responded to sharply by Chris Patten?"

[DE: "I think it was unfortunate and opportunistic of her and pretty unwelcome at a time when the BBC's got many a problem in dealing with this...]

{interrupting} "She's been in post, you know, for three weeks. Probably a lack of experience."

[DE: "Yeah, given that her first contribution to all of this was to misread her parliamentary brief...]

[DE: "..and misdescribe the Newsnight item in the first place, she's not exactly covered herself in glory as we go along."]

"And I take it Christopher that..."

[DE: "I do have a problem with what Chris Bland is recommending, that the BBC sit tight and wait...]

{interrupting} "But the Nick Pollard inquiry into the central..."

"But hang on!...into the central question of, you know, how it happened, vis a vis Newsnight and the investigation and what the sequence of events was and who was involved is going to report before December. Now, I mean, you CANNOT do a report of that kind more quickly. I mean that is..that is, you know, a piece of expedition."

[DE: I think the BBC should do something "direct and dramatic", "take control of the process of compensating victims of child abuse perpetrated on BBC premises during the production of BBC programmes by people employed by the BBC..."

{interrupting} "Yes, but I mean finding them and knowing when it happened and going back 35 years, I mean that's not as easy as it sounds. You accept that?


[Sir CB, the Smith inquiry has to go back over many years, examine what happened and until then we wont' know if the allegations are absolutely justified.]

"Do you think the inquiries, the two inquiries, are being done in the proper way and on a time-scale that is adequate for their purpose?"

[Sir CB: "Yes." But it's not a time-scale to suit the politicians, press or "to some extent" the BBC. Until they are complete we won't know what really happened "and we need to recognise that] 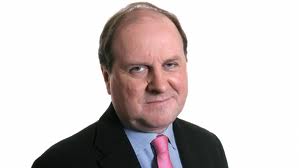 That's one aspect of the bias. The other is, I think, far more serious and I am quite amazed that nobody seems to have picked up on it - especially given James Naughtie's famous gaffe over the surname of the previous hulture [sic] secretary.

I'd like to 'replay' one part of the interview for you:

"Do you think that Maria Miller, David Elstein - and then Sir Christopher on this as well - do you think Maria Miller was right to write what was a pretty sharp letter - which has been responded to sharply by Chris Patten?"

[DE: "I think it was unfortunate and opportunistic of her and pretty unwelcome at a time when the BBC's got many a problem in dealing with this...]

{interrupting} "She's been in post, you know, for three weeks. Probably a lack of experience."

[DE: "Yeah, given that her first contribution to all of this was to misread her parliamentary brief...]

[DE: "..and misdescribe the Newsnight item in the first place, she's not exactly covered herself in glory as we go along."]

"And I take it Christopher that..." (which question, I suspect, was likely to end with "...that you go along with that?", thus prolonging the two-pronged attack on the minister while turning it into a three-pronged attack! Impossible to be sure about that, of course!)

Maria Miller refused to go onto Today. No one defended her. She was only attacked. Who's to blame for that?

That said, can anyone please explain to me how this is anything other than a supposedly impartial BBC interviewer publicly joining in an attack on the Culture Secretary? For my money (unless I'm missing something) that "Well, quite!" surely merits joining his other famous 'slips of the tongue'  ("First up after the news, we're going to be talking to Jeremy Cunt," and "If we win the election, does Gordon Brown remain chancellor?") on the James Naughtie Wall of Fame - except that there was no question of a 'slip of the tongue' here. This was an open dig followed by an open endorsement of a criticism of a leading Conservative politician. Surely, he shouldn't have said what he said, should he?
Posted by Craig at 14:47