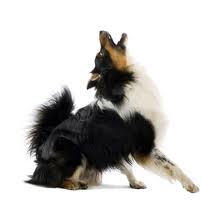 On blogs of this kind you often see accusations of "cherry picking" flying about. Sometimes these are made by the blog's supporters and sometimes by its dissenters. People do cherry pick. I have to say that I prefer completeness, wherever possible. It's the best way to avoid the accusation. So, for the sake of completeness, what else happened after the specified hour of Today (24/10/2012) - the starting point for five of my previous posts?

Having already dealt with the 8.10 food labelling debate (at some length), it's onto the next item on the Today menu:

0821 The Scottish First Minister Alex Salmond has become embroiled in a row over the legal advice he did - or did not - receive on whether an independent Scotland would automatically continue to be a member of the European Union. Scotland correspondent James Cook explains the implications of the ambiguity.

A little Googling around reveals that Scottish National Party supporters have been pouring onto the internet this week to complain vociferously about BBC bias over the reporting of this story, alleging (as they often allege) that the BBC have been falling over themselves, in tandem with the Labour Party, to attack Alex Salmond over this. I can't find anything about this specific item, but here's a brief flavour of what they've been saying (from the links provided above):

"It didn’t take long for the BBC to seize on the latest Scottish Labour verbal hand grenade did it?


The corporation that did nothing about Jimmy Savile despite rumours of child abuse circulating amongst its staff for decades, were out of the traps like a hare when a Labour MSP called Alex Salmond a “bare faced liar”.


When the Scottish government confirmed that they were now going ahead and seeking legal advice on the specific status of an independent Scotland within the EU, at least two BBC Scotland presenters said it “appeared to be at odds” with comments Mr Salmond had made in a BBC interview in March.


Note, that these BBC presenters weren’t quoting a third party, but had decided themselves that this “appeared” to back Labour claims.  On what basis Mairi Stuart and Bill Whiteford made there assertion isn’t known, unless they had viewed the Andrew Neil interview and had formed an opinion."

I'm not really in a position to touch this one; however, I can confirm (for any passing Nats) that the Labour-inspired row was considered important enough to be covered by the flagship Today programme and that it wouldn't have made comfortable listening for any Nat tucking into his or her breakfast porridge. Still, James Cook trod very cautiously and did not say that the Scottish government's confirmation "appeared to be at odds" with Alex Salmond's comments, emphasising instead the ambiguity that hangs over them. He did say, however, that "everybody" took those comments to mean that there was legal advice over Scotland's status with regards to automatic EU membership after independence. He also stressed that the previous day had been "terrible" for Alex Salmond. That's as far as I can go there.

0825 Actress Joanna Lumley will be discussing the question Why Become a Nun? at the Carmelite Priory in London tonight. The discussion is pegged to a production by Grange Park Opera at its festival next year of Poulenc's Dialogue of the Carmelites, an opera based around the lives of nuns. Ms Lumley and Dr Lavinia Byrne, a former nun, discuss the life of a nun.

Who could object to that? A 'pro-liberal' bias hunter might, if feeling grumpy, grumble about the choice of Dr Lavinia, a liberal critic of Pope Benedict XVI, described by James Naughtie as having "withdrawn because of your great support for women in the Catholic Church", as the programme's representative of the Catholic faith. (Joanna coming from an Anglican background.) "Wouldn't do for them to have a conservative Catholic nun, would it?", such a grump might say. Dr Lavinia did have a dig at the Church for not knowing how to deal with intelligent women and said she would now advise girls not to become a nun but to go and join an aid agency like Cafod instead.

I have to say that this next item didn't look as if it were promoting a 'Gramscian agenda' either...:

0836 Oxfam says a major international scheme to fight malaria which is supported by the British government could actually be endangering lives. Dr Mohga Kamal Yanni, senior health and HIV policy adviser at Oxfam and author of the report, and Oliver Sabot, executive vice president of global programmess at the Clinton Health Access Initiative, debate the findings of the report.

...until I heard that the objection by Oxfam to the Global Fund's scheme [and thus the angle of this segment] is that it is distributing medicines "through existing networks of private shopkeepers". Aha, the Gramsci-hater might cry, the "private enterprise putting lives at risk" meme again! Sarah Montague conducted the double interview reasonably fairly though:

"Dr Kamal Yanni, what is so wrong with the way that this massive scheme is working?"

"Let me go to Oliver Sabot on that...the central criticism. Why are you using private shopkeepers in this way when there are people who are better trained?"

"Dr Kamal Yanni, that would suggest that you're just not being pragmatic, that this is actually a way of getting practical help quickly...yes, in the long run, the ideal would be what you're suggesting, but this is an immediate solution?"

[To Dr Kamal Yanni:] "You mean ultimately it would be better to spend the money on training health workers and holding off on distributing the medicines?"

"Oliver Sabot, you have Oxfam...I mean, such a serious agency...making some very crit...serious criticisms of the way that you're doing this. Do you recognise that this money might be better spent in the way that they're suggesting?"

Now, pausing for breath, what does everything on this post so far prove (or at least strongly suggest)? That the BBC is biased against the SNP? Well, if by reporting that Alex Salmond had a bad day (which by nearly every account I've read - other than on SNP websites - he did) and if by dint of reporting the story of the row at all (which nearly every other major news organisation in the country also reported) then that's considered proof of BBC bias against the SNP, then I wouldn't blame a defender of the BBC from saying that it sets a very low bar for proving bias. OK, but doesn't that invitation to Lavinia Byrne prove (or strongly suggest) that the BBC favours liberal Catholics when it comes to Catholic-related subjects? It could, of course, simply prove that Today knows and/or likes Lavinia Byrne, a former nun after all (the topic of the segment) and an ex-regular on their Thought For The Day feature - plus a far from unpleasant woman. As for the 'anti-private enterprise angle' sniffed out in the malaria feature, was it a conscious or unconscious left-wing agenda that prompted the programme's invitation to Dr Kamal Yanni, or did that actually come about because it's a big story in the world of medicine and aid and a debate that deserves covering and which a serious news programme should in fact be praised for giving time to?

I read (and made) enough comments on the subject of BBC bias over the years to know that those of us who think there is/may be a problem can get carried away and start seeing what they are looking for everywhere...and many such comments over the years have passed into the realms of the barking mad. Does the 0842 interview with Bernard Diederich, "author of the Seeds of Fiction, a book that revolves around the life of his travelling companion Graham Greene, [who] spoke to the BBC reporter Nicola Stanbridge from his home in Haiti about his new work," show the BBC plugging a left-wing author (just because he's a left-wing author)? What about the final feature - 0855 "The Football Association is launching a five-year plan to boost the women's game. The head of the FA's National Game Strategy Kelly Simmons comments of whether women's football could be as popular as men's."? Pure feminist propaganda! And as for the 0847 feature on the 50th anniversary of the Cuban Missile crisis someone mentioned [in passing] CND. Communists!

Should you ever think I'm straying into 'barking mad' territory, please do let me know!
Posted by Craig at 21:48