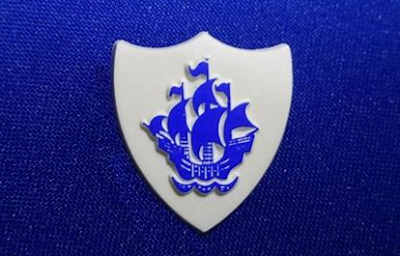 Thank you for your suggestions for the inaugural ITBB's inaugural BBC Top Bias awards.
The BBC's US coverage - or, perhaps more accurately, non-coverage - drew a lot of nominations. In reports about Afghanistan for example - from Secunder Kermani to John Simpson - the B-word [B*den] has been conspicuously avoided. The difference in the reporting of the Biden and Trump administrations has, indeed. been truly extraordinary. However badly the Biden administration has performed, the BBC has consistently kept schtum. So the whole of the BBC News America team wins this year's See No Evil, Hear No Evil, Speak No Evil Award for their biased coverage of the Biden administration. Not that many of those who worked so hard by working so little to report negative news about Joe and Kamala's lot are left to collect it as so many of them have now beggared off.
Deciding the winner of the Diversionary Adjunct to News Award has proved tricky. The way the BBC went out of its way to paint the Liverpool bomber as 'a Christian convert' was a strong contender, but the way the killing of Sir David Amess was studiously deflected onto questions of political tone/Jo Cox rather than Islamism surely has to be the winner.
There are several candidates for the Fake News Bias Award but it surely must go to BBC News for misrepresenting Sir James Dyson.
I was tempted to give the Top Prize to Tim Davie for having spent the year 'talking the talk' while getting nowhere whatsoever with 'walking the walk' on BBC bias. Everything featured in the 2021 in a nutshell  post have happened on his watch. However, he'll have to make do with the All Mouth and No Trousers Award.
And the Jeremy Corbyn Memorial Award goes to BBC London for managing to seriously alarm Jewish people over antisemitism and draw complaints from the Board of Deputies, the Chief Rabbi and the Simon Wiesenthal Center.
BBC shenanigans surrounding and following the Dyson Report into the Martin Bashir scandal, with the BBC postponing a Panorama investigating the manner and continuing to try to evade FoI requests wins them the coveted I Wasn't There Award.
The BBC's support and promotion of BLM receives the George Floyd Memorial Award. The year began with Lyse Doucet openly praising it on Correspondents Look Ahead and continued throughout the year, from Countryfile to Ski Sunday. They took off the filter of race only when the narrative went the wrong way, as over Josie Smollett or the Waukesha Christmas parade killings. They really have gone out of their way not to report things this year...
...and because of that their BLM-inspired coverage also wins them First Prize. Congratulations! They can send themselves a Blue Peter Badge.
Posted by Craig at 10:08