The BBC’s default attitude towards Israel and the Israeli people is one of barely concealed contempt. BBC spokespersons may well protest their innocence, their impartiality and their indefatigability, but contempt can be detected in the tone of voice, the line of questioning and the general premise from which much of the coverage is approached. When impartiality is discernible, it has the whiff of a duty reluctantly complied with. The poor things are forced to fulfill the annoying obligations in the BBC charter.
However, recent events in the Middle East must have given the BBC the confidence to assume that they have a popular mandate to bend the rules.

Perhaps the BBC World service was not as bruised by the Newsnight affair as the domestic BBC allegedly was. Maybe they feel more free to abandon the pretense.
The horrible violence allows them the leeway to let the veil slip, because they’re confident, in view of the disproportionate death toll, that the listeners will allow emotion to overrule strict adherence to the rules, if not permanently, then at least until such time as the level of hostilities subsides and rocket attacks from Gaza resume their normal unreported status. 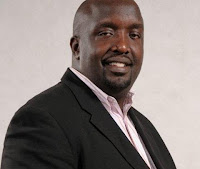 On Newsday, BBC World Service, Ugandan interviewer/presenter Alan Kasujja questioned Israel's Deputy Foreign Minister Danny Ayalon with a palpable sneer of tone and curl of lip. Alan Kasujja’s line of questioning was designed to show that he believes Israelis are gloating, nay, positively basking in satisfaction over the deaths of Palestinian civilians. His Twitter feed reveals he has admirers for his incisive interviewing style.

Alan Kasujja ‏@kasujja“@tribe46thkenyan: Journalists should learn how to ask incisive questions from one Kasujja of #BBCNewsday!”
TJ Petty ‏@TJ_Not_So_PettyJust discovered BBC Newsday and this guy @kasujja , who is asking all the right questions to people on both sides of this Gaza conflict. Retweeted by Alan Kasujja

After asking Mr. Ayalon if the Israeli government is considering an Egyptian peace plan, Kasujja dives in: “Let’s talk about the whole aggument you’ve been advancing.” (excuse the phonetic spelling, but the word was delivered with such an emphatic sneer that is how I needed to reproduce it.)

Mr. Kasujja continues to the effect that most Israelis like to say that Hamas started it, but: “figures suggest that one hundred and eight Palestinians have been killed, twenty four of them children and more than half of that number is actually civilians. Are you Pleased with the Facts, so to speak, of your campaign?”

Well, we are never pleased when civilians, and certainly not when children get in harm’s way and are hurt, is the gist of the reply. There is a brief exchange about the veracity of the figures, (“What figures do you have?”) then:

“Are you denying the [unintelligible word] that the children are dying as well, sir?” asks Alan, indignantly.
Mr. Ayalon answers, then:
“But not as many Israelis, from this campaign, sir, not as many Israelis have died as Palestinians, surely you are bringing guns to a stone fight?”

“Alan, I will never apologize for not having many Israelis killed.......” says Mr Ayalon.

“Is it ever too much for Palestinians who are killed, sir?” Asks Alan, whatever that means. Mr. Ayalon replies, then:
“Are you in support of a ground offensive?”
“No, I am not......” says Mr Ayalon, then:

“I’m sure you are a family man with obligations to your own family, do you sleep well without any issues whatsoever? With all this going on around you?”

This line of questioning is overtly hostile. In stark contrast, they turn to Rana Baker, student and a blogger, (and writer for Electronic Intifada)merely to find out what life is like in Gaza. A squeaky high-pitched torrent of grievances bearing no relation to the few questions that were put, ensued; whereupon the much admired incisiveness in Alan Kasujja’s interviewing style mysteriously abated.

If this is typical of the reporting the BBC considers acceptable, is it surprising that people like myself have to waste large chunks of their lives bloody blogging?