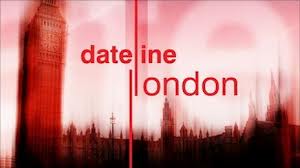 Craig: One of the BBC's regular programmes which has long seemed to me to be among the corporation's most clearly biased is its weekly gathering of journalists and commentators from across the globe to discuss issues of topical importance, Dateline London, hosted by Gavin Esler.

I have been trying on this blog to be as open-minded as possible, but the evidence has been clear as regards Dateline for ages that the answer to the question 'Is the BBC biased?' is, at least in this case, an emphatic 'Yes!'.

It got to the stage about four years ago when I started texting the programme each week to complain about the skewed composition of its panels. As that made not one jot of difference (and was costing me money!), I began keeping note of who those guests were each week. I did that from mid-June 2009 to the end of May 2010, give up monitoring it for five months (due to BBC fatigue), then restarted again at the end of October 2010, continuing right up to the present day.

I'll expand on why I feel the programme to be such a clear example of BBC bias as the blog proceeds, but I want to begin with a list of all the guests who have appeared on the programme over those periods, now totally some three years'-worth of programmes.

Instead of one long list, I'll break it down into three shorter ones - each covering around a year. This will show the programme's sheer consistency over time.

The first thing you'll probably notice from skimming these lists is the fact that one man continually tops Dateline's invitations chart, across all three roughly-year-long periods - the London-based Palestinian journalist Abdul Bari Atwan.

Add the three lists together and you find that Atwan has beaten his nearest 'rival', the charming veteran German journalist Thomas Kielinger, by a large and decisive margin: 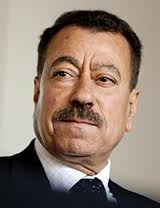 Abdel Bari Atwan is editor-in-chief of the provocatively titled pan-Arabic daily newspaper, Al-Quds Al-Arabi - which means 'Arab Jerusalem'. Bari (as Dateline presenter Gavin Esler usually alls him) is controversial because his critics frequently accuse him of speaking honeyed words (up to a point) to Western ears while speaking vile, poisonous anti-Israel, anti-Western hate into Arabic ears. A flavour of the man can be got from his Wikipedia profile. As is often the case with Wikipedia though, the article has clearly received the 'helping hand' of someone sympathetic to Atwan.

Here are a selection of clickable pieces which should give you a feel for why some many people are appalled about Abdel Bari:

Hussein Ibish
Jonathan Sacerdoti
Nota Sheep
Harry's Place
(and last but far from least...) Sue - of Biased BBC (and, even more, Is the BBC biased?) fame

Incidentally, in the light of all this the following (from may 2011) might well strike you as ironic, to say the least:.

Abdel Bari Atwan, editor of London-based newspaper Al-Quds Al-Arabi, claimed the BBC had scaled down his appearances on its channels because of pressure from the Israeli Embassy.

He said: "These people in the BBC are terrorised by email campaigns [from the pro-Israel lobby]. Every time I'm on there are hundreds of emails. They are biased in their coverage. They don't want our Palestinian voices to be heard. Where is the impartiality?"

Someone at the BBC obviously didn't send the memo to Dateline. Atwan is on that programme more than anyone else, by some margin...and he's still whining!

The BBC (and its defenders) sometimes say 'Well, pro-Israeli people complain about the BBC's coverage and pro-Palestinian people also complain about the BBC's coverage, so the BBC must be getting it about right'. Well, 40 appearances by the anti-Israel Atwan, 11 more than any other guest. This certainly seems to give the lie to that. Dateline has (has it not?) clearly chosen to favour the pro-Palestinian side.

Sue: So Abdel Bari Atwan is top of the pops. The BBC is mischievous. They hope sparks will fly so that their programmes are interesting, as a spectator sport, for people with a low boredom threshold. In that vein, they’d have Adolph Hitler on Dateline, or Abu Qatada. But at least the audience would know who those gentlemen are and what they stand for. As it is, the BBC is bashful. Atwan is described as a middle east expert.  That’s like introducing a wily old fox to a fluffy chicken and calling him an expert on rural affairs.

Several people I’ve never heard of are on that list. I like Ann Leslie on Dateline. Anything she decides to say is usually overwhelmed by patterned clothing and glinting accessories,  but I was startled once when her gravelly sixty a day voice suddenly piped up with this criticism of Jews. :”Jewish people mistakenly say Shylock is antisemitic” she opined, knowingly, and Gavin Esler nodded with approval.

Not really, Ann.  It’s  antisemites who use the Shylock character as an illustration of the miserly nature of the evil Jew.

In case you haven’t seen for yourself, Ann adorns herself with garments of multiple textures and patterns, and bling. Her hair is tousled, wispy and streaked varied shades of blond, and her eyebrows are heavily pencilled in, in the shape of arrowheads. Blue eyeshadow and coral lipstick  battle with a mottled animal-print top worn over a pointy-collared shiny polyester blouse, topped with a straggly fur waistcoat with an extra-furry shawl collar.  Dangly double-drop pearl earrings, a chunky gold chain necklace and several gold bracelets, complete the look. Just right for Dateline.

Craig: In fairness to the dame, she's generally a wise old bird. She makes an honourable appearance in Nick Cohen's New Statesman essay about anti-Semitism, warning him about the deluge of anti-Semitism about to come his way from the Left for daring to adopt the 'wrong' position on ME issues. He doesn't believe her until it happened.

Talking of Nick Cohen, did you read his impressive Standpoint essay from earlier this year, How the Left turned against the Jews?

Ed and David Miliband's dad gets a good press in that article - which is something you would read about in the comments field of a certain blog!

Now, there's someone (Nick) who would add a bit of interest to the staid cast-list of Dateline. Nick Cohen v Barry Atwan. If they want sparks to fly, sparks would undoubtedly fly and Atwan might even literally explode with rage (which wouldn't do Ann Leslie's immaculate appearance any good).

Sue: I don’t think it would make much difference. I’m not totally obsessed with people’s appearance by the way. Just a bit. My point was that we don’t get full and frank explanations of who these people really are, so we can view them through our special propaganda reactolite specs.

For example BBC4 World News just gave Mustafa Barghouti  about three minutes of airtime to tell a string of porkie pies -for example that Israel’s assassination of Ahmed Said Khalil al-Jabari was unprovoked, that Israel had constantly broken numerous ceasefires simply because it doesn’t want peace, and what’s more there have been no rockets aimed at Israel from Gaza. When seconds later he insisted that Hamas had no influence over the group that had sent hundreds of rockets into Israel in the last few days, the lady interviewer had little choice but to interrupt. The discrepancy was just too damned obvious.

No platform was given to an Israeli spokesperson.
Over on Channel 4, Matt Frei (pudgier than ever) had a chat with Mark Regev. Channel 4 seems to have some sort of special license to be rude to Mark Regev, and Matt made full use of it. He put the most tired, unimaginative “I’m not listening to you’ questions, and then carried through by not listening to the answers, but at least they gave Mark Regev a few minutes on air.

Over on BBC News 24, they did a little better, with a reasonably respectful interview with Jonathan Sacerdoti. He even managed to mention Jeremy Bowen in one of his answers, in respect of Jeremy's annoying innuendo about the relevance of the current escalation in violence to the upcoming Israeli elections, with which Sacerdoti took issue, with, in my humble opinion, justification and quiet conviction.

Sacerdoti was introduced as “Director of Public Affairs at the Zionist Federation that campaigns on behalf of Israel.”  I didn’t catch how they introduced Barghouti, but I’m pretty sure they didn’t tell us he was a pro-Palestinian purveyor of (Halal) porkie-pies.

Craig: Talking of whom....Jonathan Sacerdoti makes just one appearance in the lists above. My comment on Biased BBC at the time (January 2011) ran as follows:

At least there was also Jonathan Sacerdoti, making his first - and doubtless also last - appearance. He did well, but faced regular interruptions from Atwan, Polly Toynbee and Gavin Esler (and a couple of "I'll come back to you in a second"s from Esler to boot).

That guess proved correct. He's never been back since. (Unlike Abdel Bari Atwan.) His face obviously does't fit. Maybe he should grow a Saddam-style moustache. That might get him on.