In Praise of David Lammy MP 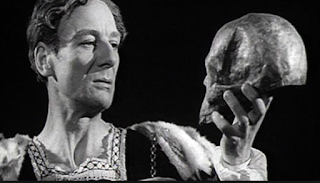 Speaking for myself (and, so, not presuming on Sue!), I find it to be generally very engaging and pretty scrupulous when it comes to questions of balance and bias.

This week's edition, however, took me by surprise - so much so that I'm now posting (and strongly moaning) about it.

It profiled a prominent UK politician.

Now, Profile often profiles politicians and, I'd say, usually succeeds in giving a fair and balanced view of them.

Not this time though.

Seriously, O Dear Reader, please listen to it for yourselves and see if you agree with me that (this week) Profile came far, far too close to sounding like a puff piece for the politician concerned.

Indeed, listening to it, I thought of it as being a radio version of one of those notoriously hagiographic Wikipedia entries which turn out to have been edited (on the sly) by the very politician in question! 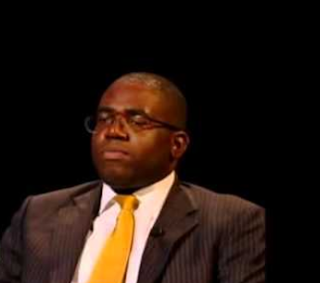 The politician profiled by Radio 4's Profile, if you were wondering, was Labour's David Lammy.

- had only good things to say about him, and defended him against the very rare mentions of criticisms of Saint David of Tottenham featured in the programme...

...(including a fleeting mention of his, ahem, slightly embarrassing Mastermind experience).

I was genuinely taken aback by this Radio 4 Profile. (Should I have been?)

I expected (from past experience) to hear at least one or two dissenting voices - (that's what Radio 4's Profile usually does as far as profiling UK party politicians goes) - but there were no dissenting voices...

...and that is very unusual for Radio 4 Profile.

What got into the BBC here? Why didn't they dare to bring balance and irony into their profile of David Lammy? Why the near hagiography? Did the excellent Mark Coles cringe whilst reading out this script? What were they up to?

If you think I'm in any way exaggerating, please listen for yourselves and feel free to to disagree (and I'd love to hear an attempted defence of the BBC here).

Meanwhile, in the wake of this programme, I'm off to pray at the premature shrine of Saint David of Lammy, as he makes our present saints (on the evidence of Radio 4's Profile) sound like sinners.
Posted by Craig at 20:09