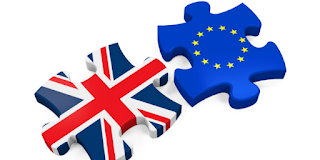 This week's Feedback dwelt, for the most part, on the BBC's Brexit coverage.

A full transcript will be posted below (allowing you, as ever, to digest it at your leisure).

What struck me as being interesting about it was that both Roger Bolton and Nick Robinson made plain their belief that the recent surge of complaints of "pro-Brexit bias" are the result of a concerted online campaign.

And they are right about that. (Lord Adonis is, of course, a key player.) It's an interesting phenomenon, and something I've noticed too.

Gone are the days when random people sent in moans to Feedback or Newswatch. Nowadays, thanks especially to organised campaigns on social media, campaigners can "flood" the BBC with complaints as if they are 'ordinary viewers and listeners'.

Unfortunately (for them), as this Feedback transcript reveals, the BBC is onto them because they aren't yet sophisticated enough to try to disguise their origins and are using identical language and a single hashtag - thus betraying themselves as being far from being 'individual Feedback listeners or Newswatch viewers'.

And the point of this ridiculous campaign to accuse the BBC of "pro-Brexit bias" is to bully the BBC into being even more anti-Brexit than they already are.

And such accusations are indeed utterly ridiculous. The BBC - as here - might like the play the 'complaints from both sides' card, but they have a very weak hand because the Lord Adonis/Alastair Campbell followers have an even weaker hand.

Please read the transcript below, but bear in mind the following whilst so doing. BBC complacency is - paradoxically - growing as a result of this  'complaints from both sides' barrage, but the reality of the BBC's output remains that the BBC is still being overwhelmingly negative about Brexit.

It's us who claim that the BBC is biased against Brexit who have the evidence.
Posted by Craig at 19:25