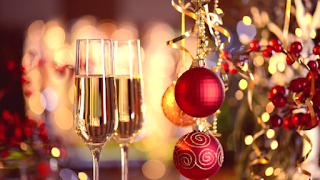 Fascinating economic news in the Independent about the latest widely-reported economic forecasts from the 'respected', 'independent' Centre for Economics & Business Research (Cebr) which, every year at Christmas, produces its 'prestigious' World Economic League Table plus various economic prognostications.

It's great news for Mr. Modi and the Indians, and good news for us too (if Cebr's predictions are correct).

Yes, Brexit’s effects on Britain’s economy will allow us to overtake France again in 2020.

Pleasingly, there are also mea culpas in the air....

'We got it wrong on Brexit gloom, economists admit' is the headline take of the Daily Mail, and the Daily Telegraph goes with 'Project fear was wrong about Brexit, global economic ranking concludes, as UK looks set to overtake France'.

'BRITAIN is set to thrash France’s economy after it leaves the European Union by becoming bigger and stronger by the end of the decade, experts suggest', crows the Daily Express.

Even the Daily Mirror rather sulkily reports the prediction that "the UK will “bounce back” to overtake France in 2020 because quitting the EU will have less impact than feared".

The Guardian reports the great India news but, typically, keeps shtum about the good news about Brexit Britain. How very Guardian of them!

And the BBC News website? It says...well, it says nothing so far.

Hopefully Kamal Ahmed, Simon Jack, Dominic O'Connell & Co. will be in full flow about it shortly. (They're already hours behind much of the rest). I'm now holding my breath in expectation of being able to release it very soon. (Emergency doctors are already on standby).
Posted by Craig at 20:04