PLAY UP! PLAY UP! AND PLAY THE GAME! - The BBC’s World View of Cricket 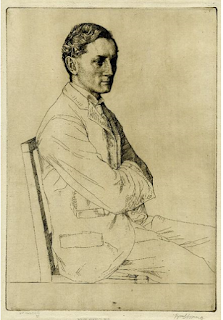 There's a breathless hush in the Close to-night—
Ten to make and the match to win—
A bumping pitch and a blinding light,
An hour to play and the last man in.
And it's not for the sake of a ribboned coat,
Or the selﬁsh hope of a season's fame,
But his captain's hand on his shoulder smote
"Play up! play up! and play the game!"

Two recent BBC broadcasts have reopened the discussion over Norman, now Lord Tebbit’s cricketing litmus test: as to whether a British Pakistani from Bradford and elsewhere in the UK  would (or rather would not) support England in a match against Pakistan. In light of the recent Cricket World Cup which was successfully staged in England, the BBC have sought to give the matter an airing - importantly in  pieces written with a ‘world view’ in preference to an English one.

How far have we come in this country if the Tebbit Test is itself considered racist as appears to be the case from a world view? England’s cricket team for the world cup was in fact one of the most diverse of any taking part - with players of Irish, Muslim and Barbadian descent as well as the English.

Radio 4,  Part recorded on 30th June 2019 at the Birmingham Fan Zone during the England v India World Cup match. BBC ‘Sounds’ doesn’t always give the date of the original broadcast.

‘Twenty nine years on from Norman Tebbit’s coining of a so-called 'cricket test' to measure people’s loyalty and level of integration to their adopted country, Rajan Datar conducts a highly personal investigation into whether the test - and the sentiment behind it - still has any traction today. He’ll also examine, through cricket, the complex issues of national identity that face second- and thirdgeneration BAME immigrants’.

Rajan Datar is described as a World Service presenter - ‘Studied at Oxford University and the London School of Economics; He reported for BBC radio and was a writer for The Guardian before joining the BBC’. The ‘highly personal’ investigation comprised a series of Vox-Pop truncated interviews, suitably edited  in order to convey predetermined ﬁndings.

Datar claimed that as a British born Asian of Indian descent, a part of the reason that he supported India, and wouldn’t ‘pass the Tebbit test’ was because of the hostility and discrimination he had faced as a youngster growing up in England. There are snippets of what was probably a much longer recent interview with Tebbit in which he [NT] comments along the lines of: “What if there was a war? Who would they support?" Datar made light of such a suggestion so that Tebbit’s seriously made point was dismissed with a shrug and a smile. In my opinion, Datar was overfamiliar with Lord Tebbit, calling him Norman. I detected more than a hint of ‘Oh, he’s a pale, male, stale Tory - a dinosaur’.

Tebbit, in an interview with the Los Angeles Times, said: "A large proportion of Britain's Asian population fail to pass the cricket test. Which side do they cheer for? It's an interesting test. Are you still harking back to where you came from or where you are?”

Tebbit told Woodrow Wyatt in 1991 that he did not think certain immigrant communities would assimilate "because some of them insist on sticking to their own culture, like the Muslims in Bradford and so forth, and they are extremely dangerous.”

The quest for the truth over the Tebbit Test became blurred in Datar’s ‘cut and paste’ interviews with (in the main) Indian supporters in Birmingham. The Fan Zone seemed ﬁlled with Indian supporters - there to enjoy what turned out to be a thrilling high-scoring game. In a noisy party-time atmosphere, British born Indian supporters revelled in the experience, swept along by the euphoria of the partisan crowd. Crucially, in this broadcast Rajan Datar concentrated mainly on Indian descendants -  leaving their Pakistani Muslim and West Indian and other counterparts to one side. He did interview a Pakistan supporter in the Birmingham crowd, who said that she was supporting India because if India won, that would improve Pakistan’s chances of progressing in the competition. He played recordings of the fans’ muted reactions to Bairstow’s century (DT: Jonny Bairstow scored a match-winning century on a do-or-[die] day for England against World Cup rivals India at Edgbaston), and again the loud cheering as his innings came to an end.

Datar pointedly made no reference to Lords, the MCC, or England as the ‘home of cricket’. In fact he asserted that India was now the centre of world cricket having the greatest ﬁnancial clout and the best players. Cricket is their national sport. At that stage, he probably believed that India would go on to win the World Cup. Datar insisted that in sport generally, (it was only in cricket that he supported India), he was a fervent fan of English football and supported the English team. (Question: Might this be because Asian countries by and large do not have a strong football culture?). He doesn’t say how he reconciles the conﬂicting reasons for supporting India at cricket “because of the way he was treated as he grew up in a hostile racist environment in England” with his strong unstinting support for English football.

The latter part of the programme jumped to a section relating to the BBC Asian Network. Noreen Kahn described listener reaction to her BBC Sounds podcasts. She supports Pakistan, making much of her namesake Imran Kahn, and the inﬂuence he had upon her and her siblings as they grew up. There was no mention of security issues surrounding non-Muslim touring teams during their visits to the country. The most balanced part of Datar’s programme came during the interview with her.

… ‘In Bats Bails & Biriyani, super fan Noreen Khan goes around the wicket as the Cricket World Cup 2019 arrives in England and Wales.’ …

… ’Bails, Beards and Boundaries’… There was some coverage of the launch of this in 2017:

… ‘Beards, Bails and Boundaries: England's Muslim Cricketers Moeen Ali and others discuss being Asian, Muslim and playing for England. As the Ashes starts, the so-called “beard that’s feared” discusses being made a poster boy for Islam.’ …

The BBC pushed this topic for a while leading us to believe that there was a history of ‘street cricket’ in the UK.

The 'Tebbit Test’: It’s 29 years since he [Tebbit] made that remark, which was intended as a question of how much the Muslim community in Bradford have moved to become England supporters in lieu of support for their country of origin. Their support has always been overwhelmingly for Pakistan. From the Hafez article, it is clear that the answer to that question is not at all.

The article concerns Adil Rashid, who is a leg-spin bowler, and his welcome home to Bradford in the wake of England’s cricket world cup victory.

The most difﬁcult passages to understand in Hafez’s article were:

… 'Imam Sajid congratulates Rashid on his achievements and tells the captivated crowd to "aspire to be the best" in whatever field they choose. He gets a good laugh when he jokes: "We were all supporting England...as soon as Pakistan were knocked out.”

… '"That was something I [Rashid] was stuck into because I did not have a strong belief in Islam. The religion gave me a sense of a way of life around my actions, my etiquettes and how to interact with people. I'm very thankful to Allah that that happened to me.”’ ...

… '"People will see that anything is possible. There is a lot of negativity around at the moment, and the uncertainty with Brexit, but hopefully this can turn things to a positive. … … ”This World Cup win will do wonders for the country. Inshallah.”’ …

Inshallah is translated from the RoP as ‘God willing’.

A Google search for comments about ‘The Tebbit Test’ reveals what might be judged to be the prevailing RoP opinion. This, below, is not sourced from the BBC, though I believe that these sentiments are not strangers to them:

… ‘ The Tebbit test is racist’ … … 'In the recent World Cup my heart says Pakistan for some reason. I was feeling somewhat traitorous and disloyal because of the infamous Tebbit test as to whether a British Pakistan would (or rather would not) support England in a match against Pakistan….

… As I grow older and wiser I realise now this is simply coded racism. The concept of British nationality is the Union of the 4 Nations (Ireland sort of broke away but no matter) and [sic] 3 Kingdoms….

…. We don’t have team Britain in the Cricket but Team England. I don’t feel English and Asians have never been asked to be English. If an Asian came up to me and told me they were English; I would look down on him as a coconut*….

(*the term “coconut Muslims,” which is now very popular among Islamic State supporters in the West. [W]hat people [Muslims in the West] do today is, they say we hate ….. but we love.… How
does that work out? This man [is a] coconut Muslim. This man doesn’t know what kind of religion he’s following. The use of the word coconut is also racial, suggesting that these deviant Muslims are “brown on the outside but white on the inside.”)

…. This is diﬀerent to Scotland, where a civic nationalist has arisen. The largeish Pakistani community there feels both Scottish and Pakistani whereas Englishness is linked to blood and soil (there are exceptions for mixed race individuals and the Black community since there are almost an extension of the working class).’ ….

**********
How does this all play into the BBC narrative, biased as it seems to be upon their perceived world view of cricket? Is it true to say that the BBC see the Asian Network listeners as an imperatival  special case, diﬀerent from traditional rivalries between for example England and Australia - thus requiring a sympathetic narrative? Does the tail of the BBC world view wag the dog?

It’s probably true to say that British Asian antagonism towards the English cricketers has two strands - Muslim and non-Muslim. Lord Tebbit was referring to Muslim Bradford Pakistanis with his test. The BBC ﬁnds it convenient to lump the two together in order to present the anti English hostility as down to heritage and not religious ideology. The latter is a more potent form - hidden in the euphoria of cricket support.

This is a recurring theme used as a tactic by British Asians to counter the discrimination they feel is directed towards them: ‘shout racism’ - as a result, to ask a question or make an enquiry is judged to be racist in itself, because in a leading question such as this, the possibility of giving an unwelcome outcome to the ‘victim’ must be stamped upon.

The BBC understands most forms of nationalism in cricket, for instance from players and supporters of the West Indies, ROI, Scotland, India or Pakistan - but not the English. Just how important is the ‘World View’? Through certain channels, The BBC openly endorse this anti-English cricket narrative.
Posted by Craig at 17:51