The BBC shows its contempt for Israel

All knife crimes are shocking, but the picture of one young victim with his innocent, kind-looking expression is particularly haunting. The description of the dead boy’s character is equally poignant: “Dvir Sorek had a heart of gold.” 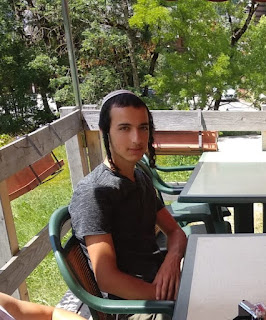 This teenage victim wasn’t in a drug gang; he didn’t come from a broken home or live in a deprived inner-city area or belong to a murky sub-culture. The tenor of the BBC’s report tells its own story.

That’s the headline. Even that choice of words is peculiar; when “Israel” starts hunting people, you know you’re in for a bumpy ride. Does “Britain” hunt the perpetrator of the latest London stabbing? It’s a job for the police, surely. And does an 18-year-old victim seriously deserve to be labelled so dispassionately:  “off-duty soldier”?

Well, yes if you feel contempt for “Israel”. If you wish to portray a student who had yet to receive any military training, was unarmed and not in uniform when he met his death, as a legitimate target who got what he deserved, then indeed, you’d label him thus. But that’s impartiality for you. You’ve got to be fair and include a meaty justification for the murder, whenever you find one.

Of the 433 words in the report, 168 were devoted to ‘reasons’, evidently for the benefit of supporters of Hamas and perhaps also to avoid accidentally making a seemingly pro-Israel value-judgement.

66 additional words were used to describe a different, but similar abduction and murder of Jewish teenagers, which goes to show how thorough the BBC’s reporting is. Or maybe not. Missing details suggest that ‘thoroughness’ isn’t necessarily a quality best attached to a report that overlooks the customary  handing out of ‘candies’ to celebrate such courageous assassinations, nor a report that fails to mention the pecuniary expectations of the killer’s family, designed to reward and incentivise such heroic acts under Mahmoud Abbas’s generous ‘Pay for slay’ policy.

In the name of ‘both sides of the story’ if nothing else. Oh, and the fact that “Cpl Sorek” was awarded that rank posthumously; when he was alive he was a mere ‘private’.

All of this may mean nothing to your average Israel-hating reader. They may genuinely believe that all Israelis are legitimate targets, and if they do, they will see nothing untoward in the way this report is starkly bisected by two emboldened and bullet-pointed message-laden statements - crude reminders that Israel is guilty and deserves to have its teenage sons stabbed to death.


One has to go to BBC Watch to track down the reality behind this lazy Israel-bashing emoting, which you can read here and here and the BBC’s helpful link to the lengthy apologia for Hamas takes you here

(note the scare quotes and the emotive words 'razes' and 'homes') where the reality is only to be found outwith the Beeb.  Once again BBCWatch supplies the missing information.

“Readers were not informed that most of those “homes” were in fact multi-storey buildings in various stages of construction – and hence for the most part uninhabited – or that a halt to that building work was ordered in 2012.

“The BBC did not inform readers that while that no-build zone has been in force since 2011, construction of the said structures commenced after that date. Neither were they told that the court addressed the background to that no-build zone.

Individual examples of reporting where the wording is subtly redolent of Hamas propaganda and anti-Israel bias may seem trivial and insignificant, but they form a pattern.
When the alarming rise in antisemitism becomes too serious a matter for the public to ignore the BBC cannot claim to be an innocent party.
Posted by sue at 12:08