Wonder if Eilidh Barbour and her BBC team were watching the World Athletics on BBC One this afternoon? This winning Dominican Republic team was 100% non-diverse: 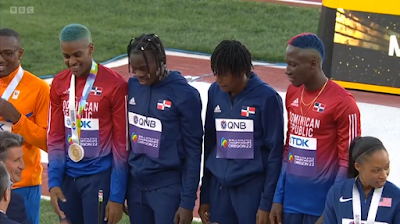 And the presenting/commentating team in the BBC studio was also 100% non-diverse: 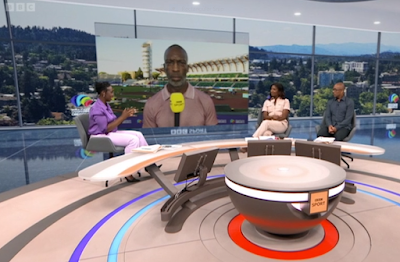 It's almost as if black people are too good at running fast and beating everyone else. And too good at presenting and commentating on athletics.
Over to Eilidh: “All members of the winning Dominican Republican team and all the people presenting and commentating for the BBC were black, and that does point towards a lack of diversity both in athletics in the Dominican Republic and in BBC presenting/commentating on athletics programmes. What is to be done? Over to Alex Belfield for a report.”
Posted by Craig at 14:45