A bang or a whimper

No sooner was The Big Questions getting into its stride under the masterful chairpersonship of Nicky Campbell than the series ended. I’m not even joking now.
Don’t let’s forget that not so long ago that programme was such a shambles that watching it turned you into a voyeur, like when you stumble upon Jeremy Vine (update: I think I meant Kyle) and are momentarily transfixed.

However, it’s gone and now there’s Sunday Morning Live.
I don’t know why we lost Samira Ahmed, who was rather good, and got instead Sian Williams who sports the roundest face ever to be televised.

Like TBQs SML has three topics and a panel, but even so the format is weak and wibbly wobbly. The discussion is less interesting and more superficial than TBQs, and were it not for the audience’s vote, which always goes resoundingly and gratifyingly against the panel’s moral guidance, the outcome would be completely inconclusive.

The roundness of Sian’s countenance gave “Are British Muslims complacent about extremism?” a distinctly comical air. Also comical were the passers-by who scampered incongruously back and forth outside, visible through a window behind Sian. They had an air of  “thank God we’re not stuck indoors with you and Yasmin Alibhai Brown.”

Since her infamous spat with Rod Liddle, to whom and of whom she proclaimed her loathing, thrice, on air, Yasmin Alibhai Brown seems to have been granted yet more airtime. It looks like she’s been bestowed ‘freedom of the BBC’  for gallant services to the ratings. Grazing rights, maybe and a big symbolic key?

She explained with deep frown, jabbing hands and much sorrow, that she had failed to secure funding for her ‘idea’, which was to examine the brains of extremist Muslims in prison. Muslim parents are confused, she added.

Sian was also confused, and turned to Daniel Johnson, addressing him as Leo and asking if he agreed that we fail to understand Muslim youth and that is why they’re turning to radicalism? He thinks the Muslim community has to take responsibility, specifically in ‘our’ mosques. Has everyone except me got a Mosque now?

Leo McKinstry was more forthright.
Here’s where I get disrespectful. Look away now if you’re easily offended, but I’m sure the sofa was silently pumping air into the two panellists sitting at Sian’s right. The pressure is probably calibrated so that at the end of the programme they are fully inflated, whereupon depending on the vote they either tragically burst, or deflate, noisily phutting around the ceiling. We don’t get to see this because the Sunday Politics comes on.

I normally support Camilla Batmanghelidjh. I like the way she endeavours to understand antisocial and destructive behaviour rather than dishing out Sharia-like punishments willy-nilly, but today something seemed to have gone awry. Every time the camera went to her she and her outfit had expanded; her head-to-toe Carmen Miranda costume covered everything including most of both her hands. Only her glasses had nothing to do with fruit. Specsavers, have you no imagination? 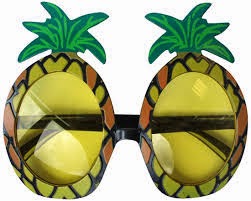 I was surprised to hear that Camilla only saw the good side of Islam, the side that gives structure to the lives of disenfranchised Muslim youth, when ‘normative’ Islam is the antithesis of everything she espouses (understanding, creativity, self expression, humanity etc etc.)
It must be those blinkers that the BBC hands out before participants go on air. Does she genuinely think Islam is the one and only religion that is getting kids off drugs? WTF? (as they say on the interweb.)

Who wants to know what Jimmy Osmond thinks about anything, let alone Mormon-ophobia, an imaginary phenomenon known only to him.

As Sian calls time on the vote (although you will still be charged) you just know the public will ignore the panel and vote overwhelmingly YES, the Muslims ARE complacent, which they duly did.