The BBC told a fairy tale about Richard Dawkins. Now they've apologised. And they all lived happily ever after. 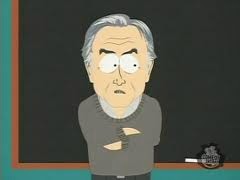 
So, the BBC have been forced to apologise to Richard Dawkins. On bended knees.

I say unto you, that likewise joy shall be in heaven over one sinner that repenteth, more than over ninety and nine just persons, which need no repentance.

Radio 4's Today misquoted the 'selfish genius' as saying that fairy tales are harmful to children and falsely implied that he wants to ban Santa Claus. It seems that they had borne him false witness.

Even though he hadn't said that, Today's report led to Chinese Whispers.

I know that for a fact as one Dawkins-hating family member (who shall remain nameless) was absolutely bursting to tell me about it this morning, and the Telegraph's Tim Stanley went off on one based on what he thought Prof. Dawkins said.

[No confession, no retraction, no apology yet from Prof. Stanley though. Get thee to a confession box, Tim!]

Richard Dawkins actually believes that "fairy tales, as well as charming, can be good training in critical thinking."

It is fascinating, though, how such untrue memes [to use a Dawkins-inspired word] get about in the media, parts of which are just gagging, yes gagging, for any old Richard Dawkins story [cos it winds up their readers and generates clicks].

If I may draw an analogy, large parts of the media (and many of them the very same people) were also gagging, yes gagging, for anti-UKIP stories in the run-up to the Euro elections - and, yes, I do mean the Mail and the Telegraph.

Nigel Farage and Richard Dawkins aren't obvious bedfellows but they share this in common: Both are often on the receiving end of some very dodgy reporting.

We've been here before with Richard Dawkins - see an earlier article we did, The Tabloid Reporter Delusion, which took down an earlier smear against him from the Daily Mail.

Just because who don't like someone - and many people regard Prof. Dawkins as a devil and a fool - doesn't mean they deserve to be misquoted and smeared.

Don't forget: Thou shalt not raise a false report: put not thine hand with the wicked to be an unrighteous witness.
Posted by Craig at 18:35