Here, somewhat later than usual - as I've been away in Keswick - is this week's run-through of last week's editions of Newsnight. What did they cover, how did they frame it, who did they interview, and why on earth didn't they mention Keswick?

Monday 16/6
1. Iraq: "The Islamo-fascist forces sweeping through the north of Iraq 'have to be stopped', the American Secretary of State said today, since they threaten the very existence of the country. But how? We have views from America and Iran, and our diplomatic editor is here. [Mark Urban: "With images emerging of Iraqi prisoners apparently being killed by the insurgents Iraq falls deeper into civil war"]. Interview with Matthew Barzun, US Ambassador to the UK & Haleh Esfandiari, Middle East Director, Woodrow Wilson Centre.
2. Corporation tax: "Lord Saatchi joins us to argue it's time to abolish corporation tax". Interview with Lord Saatchi, Chairman, Centre for Policy Studies.
3. Extremism in Christian schools: [Former ACE school pupil: "I came out of my ACE school believing that it was against God's will for governments to provide health care for citizens or any kind of benefits. I was quite misogynistic because I'd be taught that women should obey their husbands."] "Not Oklahoma but Middle England. What goes on behind the doors of our private Christian schools?" Report by Anjana Ahuja, then interview with John Lewis, Christian Education Europe & Professor Alice Roberts, President, Association of Science Education.
4. Tony Blair: [Tony Blair: Tonight British servicemen and women are engaged from air, land and sea. Their mission: To remove Saddam Hussein from power and disarm Iraq of its weapons of mass destruction".] "Will our relationship with Tony Blair ever recover from that moment? Or is there some other reason he makes so many people so angry?" Interview with Polly Toynbee, Guardian & David Aaronovitch, Times.

Tuesday 17/6
1. Iraq: "If you thought Middle East politics were complicated they just got a whole lot more complicated. At what point do figures who have a common enemy - like these three {photos of Rouhani, Obama & Assad} - become, effectively, allies? We'll hear from the deputy prime minister of the newly-enlarged Kurdistan." Interview with Hayder al-Khoei, Chatham House & Robin Yassin-Kassab, author, 'The Road from Damascus'; then interview with Qubad Talabani, Deputy Prime Minister, Kurdistan Regional Government.
2. A Chinese property bubble?: "The Queen was wheeled out, military bands played, speeches were made and human rights protesters were ignored - it was another visit from a Chinese notable today. No mention was made of the suppression of dissidents or that sort of thing because today Britain was busy oiling up to the Chinese premier in the hope of getting some business. But while Chinese growth is often seen as an unstoppable force there are growing worries about just what's happening in its property market."
3. UK inflation figures: Discussion with Duncan Weldon, Newsnight's economics correspondent.
4. What is Labour for?: "Now, 'Ed Miliband. What's he for?' The question that bedevils modern politics may finally get an answer over the next few weeks. The Labour Party has set up a number of inquiries to tell it what it ought to do with itself. What was once done by core conviction and block votes at Labour Party conferences is now the business of think tanks and policy wonks. The first inquiry into what it ought to promise in social policy reports the day after tomorrow."
5. The End of History?: "Remember when this {clip of Berlin Wall being smashed} signalled 'The End of History'? Francis Fukuyama tells us why he still thinks that." Interview with Professor Francis Fukuyama, Stanford University; Professor Melissa Lane, Princeton University; & Professor Simon Schama, Columbia University.
6. Space research in the Isle of Man: "You've heard of offshore banking. The Isle of Man is now doing off-shore space programmes. How does that work again?" Report by Dr Maggie Aderin-Pocock, The Sky at Night.
[Closing credits: images of 'dronies' - 'selfies' taken by drones]

Wednesday 18/6
1. Iraq: "The government of Iraq has now formally asked the United States for military help to resist the Islamist rebels who've plunged the country into civil war. As ISIS tries to capture bits of the all-important oil industry what would it mean for the world economy if they succeeded? John Simpson's in Iraq. [John Simpson: "Here in Baghdad the fighting in the oil refinery is causing a lot of people to wonder whether Iraq is heading for a break-up and there'll be a war between Sunnis and Shias."] Interview with Lukman Faily, Iraqi Ambassador to the United States & Bayan Rahman, Kurdistan Regional Government High Representative.
2. Ed Miliband & Lord Mandelson: "After poor old Ed Miliband finds himself in another fine mess, Peter Mandelson explains wherein lies his unique appeal to voters. Time for 'What is the Point of Ed Miliband?', Chapter Five." Interview with Lord Mandelson (Labour).
3. Jeremy Paxman and Boris Johnson: "Now time for the periodic delight of an interview with the Major of London, Boris Johnson. These occasions have a habit of veering from the pedestrian to the extra-terrestrial. So this time we thought we'd jump in part way through, on a bicycle. The apparent pretext for this interview was a discussion about cycling in London. Some idiot - I forget whether it was me or the producer - thought it would be fun to do it on a tandem. Due to the cuts, the BBC has downsized its fleet and the only one we could get hold of appears to have been manufactured some time before the dinosaurs were wiped out." Report containing interview with Boris Johnson, Mayor of London.
4. Luis Suarez (footballer): "And we're in Uruguay to see how Luis Suarez is going to beat England  tomorrow."
[Closing credits: the studio lights dim over Jeremy Paxman to the accompaniment of "I'd Like to Teach the World to Sing (In Perfect Harmony)"]
[Epilogue: The Weather, presented by Jeremy Paxman: "Tomorrow's weather? More of the same. I don't know why they make such a fuss about it".]

Thursday 19/6
1. Iraq and President Obama: "The president who voted against Bush's war says American would be ready to act. But Obama won't send troops into direct combat. Yet extra military personnel are on the way. But there are cries of betrayal in Baghdad". Interview with Zalmay Khalilzad, US Ambassador to Iraq 2005-07.
2. What would Labour do if it won the election?: "You can hardly move for pundits or pollsters ready to opine on the ghastliness of Ed Miliband's prospects of leading Labour successfully and convincingly into Number 10. But what is less readily available is a clear sense of what Miliband would actually do if he were to end up as prime minister. Rogue messages from a Labour Twitter account that was hacked suggested 'free owls for all' was one idea. In a moment we'll be talking to one of Miliband's team, but today he filled in one of the policy blanks with what appears to be a real idea: Removing job seekers' allowance for the under-21s". Interview with Chuka Ummuna MP (Labour).
3. Redesigning the Thames: "And what is this? Not exactly Capability Brown but a rather more elegant gardener has designs on the Thames?" Report from Joanna Lumley on her plans for a garden bridge across the Thames in London.
4. Anonymity in rape cases: "The Oxford Union has been an effective playpen for establishment wannabees for nearly 200 years. It's probably the country's most famous debating society and members who earned their stripes in its sessions include Tony Blair, Attlee, Asquith, Eden, Heseltine, Michael Gove and Boris Johnson. But the union's been caught up in a rather different controversy of late. Campaigners pressured speakers to stay away after the current president of the union Ben Sullivan was arrested on suspicion of rape. The police dropped the case yesterday but it's reignited questions over whether the accused should have their identity kept secret." Interview with Ben Sullivan, President of Oxford Union & Sarah Pine, Oxford Union campaigner.
5. England's World Cup failure: Interview with Garth Crooks, Tottenham Hotspur 1980-85 & David Ginola, France 1990-1995.
6. Twitter: "They said Twitter could be a force for good and make lots of money, but is the million dollar business living up to that? One of the company's founders is here." Interview with Biz Stone, co-founder of Twitter. 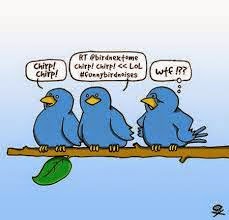 Friday 20/6
1. British jihadis fighting for ISIS: "The young British men who've signed up for jihad. ISIS recruits by video and calls on Western Muslims to fight and die. [Muslim fanatic (in video): This is a message for the brothers who have stayed behind. Allah {gibberish} asks you to ask yourselves what prevents you from coming to the land of ISIS? What prevents you from joining the ranks of the mujaheddin?]. "The father of one young man who appears says he barely recognises his son."
2. Iraq: "As we've seen the wars have been fought virally as much as on the ground. In ten days of sectarian violence in Iraq one image. months old, has provided users of Twitter and Facebook with a more positive outlook for the country. It shows a Sunni mum and a Shia dad and a little girl caught in between holding up a placard that says 'Sushi'. The image is neat but the backdrop to this increasingly bloody and fractious war is chaos. Is Iraq now on an irreversible journey towards separation or can it still be pulled back from the brink?" Interview with Professor Nadje Al-Ali, School of Oriental and African Studies.
3. Welfare reform: "Benefit reform is labelled 'a fiasco'. Has the government's attack on dependency culture blown up in its face?" Interview with Owen Jones, The Guardian & Nadhim Zahawi MP (Conservative).
4. Dishing the dirt on Castro: "And Fidel Castro's former bodyguard dishes the dirt on the man who ruled Cuba with what seemed to be exemplary zeal". [Juan Reinaldo Sanchez: "The minister was briefing Fidel on drug trafficking deals. That was the moment when Fidel stopped being my idol."] Report, featuring interview with Juan Reinaldo Sanchez, Fidel Castro's bodyguard 1977-94.
[Closing credits: a John Motson football anecdote about Iran v the USA 1998]
Posted by Craig at 20:50