Lest the Trojan Horses bolt... 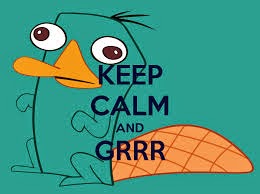 Did you hear today's The World This Weekend?

Well, before we get to that.....a representative comment at Biased BBC today reads:


And then there’s the meta-context: the BBC is trying to spin this as a story about Tori Splitz – in other words another dullsville Westminister village story only of interest to the boys in the bubble. They’ll do anything to avoid dealing with the central issue that everything us crazed Islamophobes said would happen has happened (also, everything the BBC ever said has been proven to be a lie).


People who are 100% opposed to traditional British values have been allowed to develop a bridgehead in one of our major cities but the BBC wants to turn it into Westminister soap opera.
9 likes

On today's The World this Weekend, presenter Shaun Ley began his first segment with words that might have brought a leap of joy to DJ's heart; indeed, you might almost have thought that Shaun was conscious of that kind of charge:

Will Michael be punished in the reshuffle? Are Theresa's leadership ambitions damaged? The 'who's up, who's down' is keeping Westminster occupied, but is there a more serious question...?

...but is there a more serious about the use of SPADs? That's the acronym for ministers' special advisors.

Oh! So it's a Westminster Bubble question after all then. Hopes dashed.

Ah, but what's this Shaun is also offering TWTW listeners?

Why you should give a XXXX about allegations of murky dealings in...

Where? Where? In Birmingham schools? In some public sector organisation? In the European Commission? Where? Where? Hopes building again...

Ah, well that will please TWTW's #Occupy listeners then! [ed - Not uninteresting to non-#Occupy types actually [Who's this ed? I didn't know we had an editor!]].

Still, this really does sound good. My hopes are sky-high for this one:

That was the original vision for the NHS but can it be maintained? A panel of experts debates questions politicians seem reluctant to raise in the run-up to the next election.

Some radical, maverick voices from the Right and the Left putting forward fresh, consensus-breaking ideas? Ideas like completely privatising the NHS even? About time!

Who's on the panel then, Shaun, for this ground-breaking, anti-establishment discussion you have promised us?:

Oh! So that's a former Labour health minister [who wants a few more charges], a former Labour advisor [who wants more taxes] and a senior NHS figure [who wants people to take more responsibility for their own health]: Just the sort of people you don't expect to really think outside of the box!

A slogan for the show then, for free:


The World This Weekend: Keeping the Westminster Bubble calm and the Left happy!

Letter to the editors, Dr H. Jeckyll, Morecambe: The SPADs thing brought back happy memories of The Thick of It, and that Alison Lee from West Cheshire was quite sweet and sensible, wasn't she?
Posted by Craig at 16:17