"A fight to the death"

It has certainly been quite a week for the BBC. It's been engaged in a war on several fronts.

The Telegraph this morning has a piece by its senior political correspondent Steven Swinford which opens with the words:

The BBC wants Labour to win the General Election because it is in a “fight to the death” over the future of the licence fee, Conservative MPs have claimed.

The article itself only quotes one Conservative MP, Andrew Bridgen:

They [the BBC] are in a fight to the death over the future of the licence fee. They know that if Labour comes along it's business as usual but if the Tories come in the licence fee will be cut or abolished.

This is going to be a very tight election now and the corporation's lack of balance could tip the balance in Labour's favour. The BBC is in a privileged position as a national broadcaster funded by the licence fee, and it should recognise that.

As you would expect, the BBC (quote in the Telegraph article) thinks it's getting it about right:

A BBC source said: "We are satisfied with our coverage. It [the criticism] is only going to intensify as we get close to the election. We are braced for that." 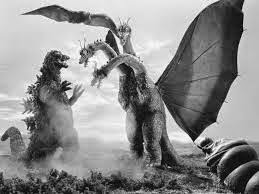 My old blog was part of the last crescendo in 2009-10 and (I think) provided a good deal of evidence that the BBC wasn't anywhere near as impartial as it likes to think it is - from the way Liberal Democrat, Labour and Green politicians were given less challenging interviews (on average) that Conservative, UKIP or SNP ones to the way the BBC News website's live blog during the election was skewed in a similar, sharp fashion.

Some of that was doubtless the result of the collective unconscious bias of a mass of individual BBC reporters [plus some glaring examples of conscious bias - remember Sarah Bell, the Lib Dem-supporting BBC report whose outrageously biased article promoting the Lib Dem candidate Susan Kramer in Richmond had to be withdrawn?], but is possible that the BBC is now beginning a deliberate corporation-wide push to get Labour elected and the Tories booted out in order to protect its own position (which seems to follow from Mr Bridgen's point)?

It's a point many in the BBC Bias Blogosphere believe, and have believed for a long time. It's hard conclusively proving that it's deliberate, planned, fully-intended pro-Labour bias on the BBC's part though, as opposed to a largely unconscious bias arising out of the BBC's overwhelmingly left-liberal groupthink. The latter is bad enough but the former would be absolutely incendiary if found to be true. A few leaked memos to the effect would probably be needed for the charge to stick.

If so, how far and in what ways that unhappiness manifests itself over the coming months? We will have to see.
Posted by Craig at 10:56