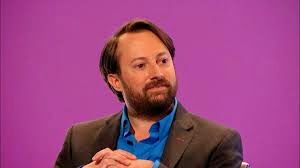 It contains a sarcastic passage on the subject of BBC bias, from which it's probably safe to assume that he doesn't believe it exists and that the BBC is just super.

His own experiences of working for the BBC must have helped him reach that conclusion, for if there's one thing you can say about topical BBC comedy programmes, it's that they're always studiously balanced and politically neutral.

It was a British political consensus not seen since the second world war. All 47 parties represented in the House of Commons came together to condemn the public service broadcaster’s relentless and shameful partiality.

“They just advance the views of a blinkered and unaccountable media elite,” said the prime minister. The leader of the opposition agreed: “The British public have a right to expect balanced reporting, not the editorialising of TV insiders.” They were among 500 MPs who signed an open letter to the director general, who responded by asking: “In whose favour do you think we’re biased?” This was condemned as a divisive and trouble-making response.

“What’s clear is that we’ve agreed to differ over that issue,” retorted David Cameron, “but over the key issue, the issue of bias, we’re completely united.”

UPDATE: Curiously, as I was writing this post I was also catching up with this morning's Broadcasting House on Radio 4. Just as I was pressing the 'Publish' button, Paddy's panel began their contribution to the programme. First up came a veteran Radio 4 comedian. The immediate butt of his humour? UKIP.

That veteran comedian was Barry Cryer though, so I'll forgive him, especially as he was soon doing what we want from Barry Cryer - making us laugh.

This is him recycling a very funny old David Frost anecdote:

There was a wonderful story of the late Denis Thatcher arriving at Paddington in a rush, and he had a ticket but not a reservation. So he got on this train. It was packed from front to back, and he wandered all down the train looking for a seat.

Suddenly he came to some empty seats and he thought, 'What's this?'. And on the window was a sticker that said, 'Reserved. Reading Psychiatric Hospital'. So he thought, 'I'm all right till Reading' and read his paper.