“This isn’t our Homeland say envoys angered by TV thriller” says a headline in the Times. (£) So Pakistani diplomats don’t like the portrayal of Islamabad in channel 4’s drama Homeland.
“A grimy hell-hole and war zone where shoot-outs and bombs go off with dead bodies scattered around.”
Okay. That is pretty much how I think of Islamabad, (though I’ve never been there) I thought. Always willing to test an argument by turning it on its head, I asked myself whether there was a parallel between this and the way Israel and/or Jews are relentlessly maligned in TV dramas. ‘We don’t like it up us’ I thought, so why should we tolerate it in the opposite direction? Hmm. The Times editorial  - yes, they’ve editorialised it - says the maligning has been done before  (It’s a Wonderful life; The third Man) but concludes that although a bit of artistic license is a fine thing, it should be accompanied by a disclaimer.

“Film noir is all very well, but the literal minded have rights and reasonable expectations not to be misled. Creative artists should heed them.”

Echoes of “Views not my own”  and where have we heard that before.
I’m still not convinced. I enjoyed that series of Homeland and I agree with critics who said it was a return to form.
One observation though. That ubiquitous malady ‘bipolar’ is being exploited and, yes, maligned, for ‘artistic purposes’ all too often.  It’s getting almost as much of a writer’s get-out clause as ‘and then I woke up’.
And isn’t our perception of Islamabad and Pakistan in general down to a combination of the actual news and the way the media delivers it? 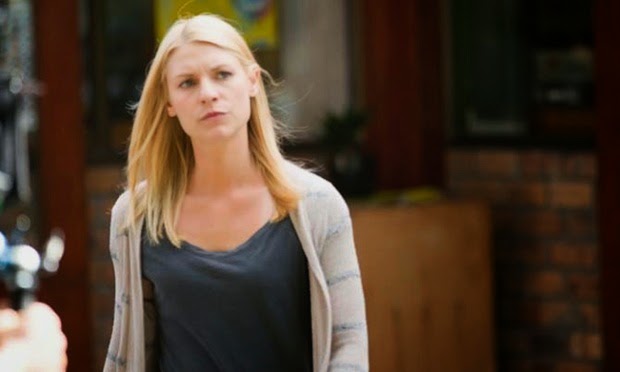 So that brings me to Eric Pickles and his announcement about some new money going towards combatting antisemitism. Jews are being issued with bullet proof vests and hard hats. Not really. But there is talk of extra protection for Jewish schools. I mean, that’s a bit of a sticking plaster on a tumour kind of principle. So in the Express, where this is being reported (it was on a news bulletin but isn't on the BBC website so far) they’re calling it a ‘crackdown’
The most interesting thing to me (as it often is on this topic) is the gist of the 'below the line' comments. To date there are 121. Most of them attribute the rise in antisemitism to mass Muslim immigration. Apart from a few ‘the Jews control the media’ and  “Look what’s happening in Gaza”,  something has sparked off a collective inclination to speak openly and negatively about the changes that mass immigration has brought about.
Antisemitism isn’t solely and simply emanating from the Muslims though, is it?
It’s the ‘metropolitan intelligentsia’ the 'Guardianista', the left-leaning liberal or whatever you want to call it. It’s the BBC. Look what’s happening in Gaza? Yes. We do seem to have to look at it quite a lot. Almost exclusively through the eyes of people who have - if not antisemitic views of their own - then sympathy with those that do. The BBC is one of the main propagators of this obsession with the Palestinians. We see it on our screens to a degree that can only be described as disproportionate. Why no comparable obsession with the women and children killed hurt and maimed in Syria? Iraq? Suicide and terrorist bombings in Africa? and dare I say it - Pakistan?

What was it that the Egyptians are accusing the three Al Jazeera journos of ? “spreading false news and aiding a terrorist organisation.” Neat charge.

While I’m at it (blogging) I must just mention an article I took the trouble to copy out in full for the benefit of anybody who can’t access the online Times, then saw that the author, Gregg Carlstrom, had also filed it here. Damn.  Anyway.
Gregg Carlstrom is a free lancer who often puts a negative spin on stories about Israel so I was surprise to read this piece, which doesn’t shy away from making a connection between Isis, which the majority will openly condemn, and Hamas, which some of us will not. One man’s terrorist is another man’s freedom fighter.

I might not have wasted my time after all. I can't access the online article in the Australian paper today (you've reached your limit, you non-subscriber you!) so in case that's happened to anyone else here goes.

Threats to artists raise fears of Isis coming to Gaza 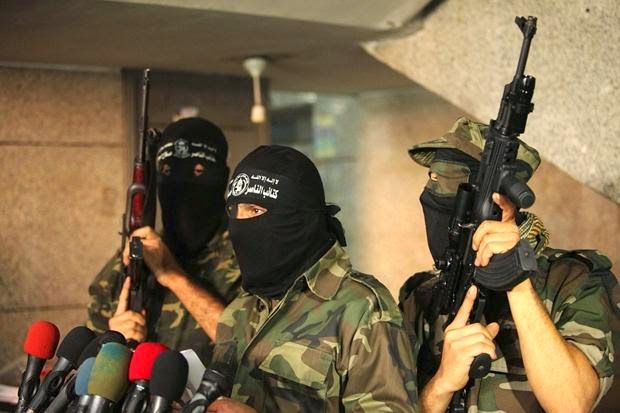 “A campaign of threats to kill artists and writers for “insulting Islam” has heightened fears that affiliates of Islamic State have arrived in the Gaza strip.


“Wilayat Gaza”, allegedly an ally of the jihadist organisation in Iraq and Syria, warned women to show “chastity” and respect Islamic dress codes. In another communiqué, it threatened to kill 18 writers and artists for denigrating the religion, calling some of them apostates and others promiscuous.”


“The fears of jihadist infiltration have been underlined by two bomb attacks in the courtyard of the French cultural centre. Both took place when the building was empty. A group calling itself Islamic State in Gaza claimed to have carried out the first attack; no-one has claimed responsibility for the second. Dunya Ismail, a feminist activist was the first intellectual threatened with death, in a statement on December 3rd.


“In the beginning it was scary because it’s the first time I’ve been threatened by an Islamist movement that was unknown [here]” she said. “We do have this sort of ideology in Gaza”


She asked Hamas, the territory’s rulers, for security but they refused. Hamas then tried to disperse a protest she organised with other intellectuals listed in the statement.
Israel has repeatedly tried to link Hamas, which promotes a radical Islamist ideology, with Isis, although no concrete links within the movements have been found. Hamas says that the claims are part of an Israeli plot to discredit the Palestinian organisation, against which it fought a war in Gaza during the summer.
Asked about the apparent Islamic State threats and its lack of response, Hamas officials said that the perpetrators were likely to be lone-wolf troublemakers.
“The people who wrote this letter are troublemakers. They’re trying to put rumours into Palestinian society.” said Eyad al Bazm a spokesman for the interior ministry in Gaza. “There is no Islamic State in Gaza.”
Ms Ismail claims that members of Hamas might be making the threats, using the language rhetoric of Isis, to scare people. “I wondered could it be Hamas using the name of Isis? “ she asked. “It’s a way for them to put pressure on the world.”
Tensions between Hamas and Israel surfaced again on Christmas Eve when Israeli forces struck targets in Gaza after its troops came under attack by Palestinian snipers on the border.


Tayseir Smeiri, the head of Hamas’s border reconnaissance unit, was killed in the Israeli strike, and one Israeli soldier, of the minority Bedouin Arab unit, was seriously injured in the sniper attack.
The radicalisation of Islamist operatives in the lawless Sinai desert, next to Gaza, has also led to fears of a jihadist presence in the territory, which has been left even more impoverished since the summer war. Ansar Bait al-Magdis, a militant group based on the neighbouring Sinai peninsula, pledged allegiance to islamic State in the autumn.
The past 18 months have driven Hamas almost to the point of insolvency. Egypt destroyed hundreds of the smuggling tunnels on which Hamas relied for tax revenue.
Government employees in Gaza have not been paid since the spring and the slow pace of postwar reconstruction is turning a growing number of Palestinians against Hamas.
Sami Abu Zuhri, a spokesman for the organisation said that it would be difficult to keep Gaza calm while security forces were going unpaid. Ms Ismail said: “This [series of threats against intellectuals] is to threaten the people of Gaza, and the world, that there is something called Isis. Hamas wants to say ‘Isis will replace us so don’t put pressure on us’ (and warn that) Gaza could become like Syria or Iraq.”