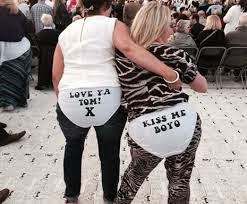 For many years now I've been writing furious letters to parliament, the Guardian and the BBC demanding that broadcasters ban the New Seekers' song I'd Like to Teach the World to Sing.

Every time I hear that song and its grossly offensive refrain, "I'd like to teach the world to sing/In perfect harmony", I am reminded of my own complete inability to sing in tune.

My tone-deaf singing once severely embarrassed me at a party. My wildly off-key performance of Queen's Don't Stop Me Now was awarded a 1/10 and an "Ouch! Don't give up the day job!" crack from an interactive karaoke game (a machine!), and laughter from the other party guests. I have never recovered from the experience.

I mainly blame British foreign policy of course, but also the New Seekers. Their Utopian vision is all very well, but their choice of language is intolerably insulting to those who can't sing in tune and will never be able to sing in tune, however much we are 'taught' to do so by society. Their words hurt our feelings and imply that being able to sing in tune is the normative condition for our society. They thereby discriminate against and marginalise those vulnerable people (including myself) who are unable to sing for tuppence.

To that end I want the song banned. I've recently moved to Wales, joined Plaid Cymru, got myself elected party president, and renewed my life-long campaign in earnest. So fingers crossed.

One of my predecessors as Plaid president, Dafydd Iwan, feels much the same way about the rock ballad Delilah by Tom Jones and he's already sprung into action about it.

He doesn't like the song being sung at Welsh rugby stadiums because the Ivor Novello-Award-winning lyrics feature lines where the character tells how he murdered his unfaithful lover and, obviously, that, obviously, promotes domestic violence, obviously.

And, when you think about it, Old Dafydd may indeed have stumbled on the explanation for why domestic violence remains a persistent problem in Wales. A Twitter mob should be launched immediately to have Sir Tom Jones stripped of his knighthood - and his ill-gotten underwear.

Dafydd Iwan has got quite a bit of coverage across the media for his remarks but the BBC, above all, have done him proud and really gone to town on the story. It's their kind of story after all.

Radio 1 covered it. As did Jeremy Vine on Radio 2. Radio 4's Front Row did a feature on it. As did this morning's Today. Radio 5 Drive covered it. Newshour on the World Service covered it. I'm only surprised that Radio 3's Composer of the Week didn't slip in a mention of the controversy (Donald MacLeod: "Robert Schumann went mad at the end of his life, like Tom Jones did whilst singing Delilah, but, unlike Tom Jones, Schumann didn't murder his wife Clara in a fit of jealousy over her affair with Brahms.") The BBC website has had at least four articles on the subject. It's probably been all over BBC TV too.

For the BBC not to have flogged this (non-story) story to death would have shattered my sense of reality.

And talking about reality...

...Myself, Richard Dawkins, Robin Ince, Sue, Ben Goldacre, and A.C. Grayling have just launched an SC (scientifically correct) campaign to have Save the Best for Last by Vanessa Williams banished from our airwaves. Though we have no problem with the first line, "Sometimes the snow comes down in June", the second line, "Sometimes the sun goes round the moon", is both wrong and deeply offensive. The sun never goes round the moon and it's wrong for the BBC and other broadcasters to amplify this lie to vulnerable minds. Think of the children who are hearing the song for the first time and coming to believe as a result that the sun does sometimes go round the moon...which it doesn't....Ever. Two generations of young minds have already been corrupted by this scientifically illiterate assertion and something must now be done to prevent a third generation from falling into the same pit of ignorance. Is Dafydd Iwan an atheist by any chance?