Steve Evans, the BBC's correspondent in Seoul, was on Today this morning talking about North Korea's latest fulminations against that U.S. comedy film which mocks its (very) big baby of a leader.

The North Koreans have gone too far this time though, way beyond minor things like mass executions, horrific gulags, three-generation family punishments, threats of nuclear war, and the like. Yes, they've said something racist about President Obama and not even the BBC feels it can be neutral in the face of that level of offensiveness. It's wrong, and BBC reporters like Steve Evans are saying so.

Steve himself enjoyed the film at the heart of the story. He thinks it's a good film. He laughed at it, and even admitted to laughing at what he described as its many "sexist" jokes - though he added that he probably shouldn't have done so...

...which is a very BBC way of thinking. Why shouldn't he laugh at sexist jokes? Why all the public hand-wringing?

Of course, there's a whole world of even more po-faced offence-takers out there just gagging to be offended (some, no doubt, at the BBC itself), so maybe his caution is understandable.

@BBCr4today - so #stevenevans is telling us that unintended #racism is deeply offensive, but deliberate #sexism is "a laugh" #TheInterview
— Dave Wibberley (@davewibberley) December 27, 2014

Hmm, not so sure comparing Barack Obama to a monkey [something the North Koreans apparently do all the time] is all that "unintended", especially given North Korea's obsession with racial purity. But then again I'm no North Korea-defending academic, so what do I know? 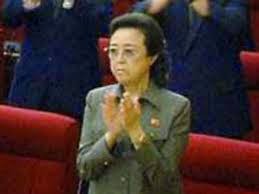 Still, in the spirit of the BBC's reporting of those UKIP supporters who say the kind of things right-thinking people (like those at the BBC) reckon ought never to be said, can we please start a Twitter storm to get Steve Evans sacked for admitting to laughing at sexist jokes, when (obviously) he should have remained as stony-faced as that Rosa Klebb-like auntie of Fatboy Kim throughout every single one of them, and then publicly registered his unqualified disapproval of them on Radio 4 like a good boy?

No, come to think of it, let's not do that sort of thing. Ever.

Anyhow, here are some North Korea jokes which might not be to Mr Wibberley's taste but at least he can breathe a little easier knowing (in advance) that they aren't sexist:

Charlie Chaplin's "The Great Dictator" has been banned worldwide following fears it may piss Adolf Hitler off.

So Kim Jong-un is claiming he personally hacked into Sony's servers in retaliation to them broadcasting a spoof interview. Is there no end to this Olympic gold Medallist's talent?

The bad news is that North Korea have built an atomic suitcase bomb that they could slip into this country. The good news: Ryanair lost it.