The Oxygen of Publicity 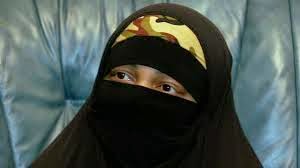 One BBC programme I did catch this week was Thursday night's Newsnight.

I wish I hadn't. The opening item was as bad a piece of BBC reporting as I've heard in a long time.

The lead story concerned the conviction of 35-year old Runa Khan, a Muslim woman from Luton, for inciting terrorism. She was sentenced to five years for encouraging jihadi activity (including suicide bombings) on Facebook.

Under the editorship of Ian Katz, Newsnight has pursued an active policy of interviewing 'British' Islamist terrorists and their sympathisers. Several Newsnight reporters (Richard Watson, Secunder Kermani, Gabriel Gatehouse, now Rani Singh) have engaged with such people and brought us the results.

Some of their interviewees have subsequently been killed whilst performing jihad abroad.

From Richard Watson's studio interview with a friend of one of the killers of Lee Rigby (then arrested inside the Newsnight studio), to the same reporter's interviews with Islamist terrorists in Syria, and Gabriel Gatehouse's interview with a Kenyan Islamist terror supporter, and Secunder Kermani's online discussions with members of Islamic State, Newsnight has vigorously pursued the argument that hearing what these people have to say helps us to understand them and, therefore, to think in a more informed way about what we should do about them - despite the opposition of people like Dame Pauline Neville-Jones to giving them the oxygen of publicity in the first place.

My take on this is that it is OK to broadcast such interviews, but only very occasionally and in a challenging, unsympathetic spirit, and with as much context provided for viewers as is humanly possible - in other words, in the manner of a scientist handling highly toxic material. In no way must the BBC be seen to be sympathetic towards such people. [Radio 1's Newsbeat, if you recall, recently got rapped on the knuckles by the BBC Trust for broadcasting such an interview without sufficient context or challenge].

I don't believe, however, that Newsnight has been doing this only very occasionally. They've been doing it a lot, far too much in fact. The concentration on airing the views of the killers, the family of the killers and the supporters of the killers at the expense of the victims does seem to betray a skewed take on the issue.

Thus, this Thursday night's Newsnight covered the story of Runa Khan's conviction by broadcasting a pre-prepared interview with Runa Khan herself. It was conducted by Newsnight reporter Rani Singh, and also involved Runa Khan's (supportive) sister. It was an interview, we were told, which had been recorded last Sunday. We were also told that Rani Singh had interviewed Runa Khan on several previous occasions.

In introducing the interview Evan Davis said that

Most of us will find it impossible to listen to her without a degree of anger, but can we learn anything about why someone like her loses their way so badly?

That's the familiar Newsnight defence of such interviews, that they aid our understanding...

...but that "loses her way so badly" - an 'understanding' way of putting it - was a sign of what was to come, given that both Rani Singh and Evan Davis (in the following studio discussion) made a surprising amount of her unfortunate background story and struck far too sympathetic an angle (for me).

Runa Khan was born in Bangladesh but has lived for most of her life in Luton. For many years a moderate Muslim her views began to change when she was made redundant and six months later diagnosed with a chronic illness. A former sheltered housing manager she's been at home and without full-time employment for three years.

That did rather present her case as a tragic hard-luck story - a "moderate" Muslim turned "bad, mad and sad" (as Evan Davis put it) by distressing personal circumstances. It risked encouraging viewers to sympathise with her.

To my astonishment, Evan Davis, during the subsequent interview, then put the same point - that her back story makes her seem more of a "sad" case than anything else - twice, to each of his guests, and, on both occasions, then had to pull back and clarify that he (Evan) wasn't excusing Runa Khan, merely suggesting that this might help explain her actions.

This was seriously strange stuff from Newsnight, but it was only one part of the strangeness.

The interview with Runa Khan and her sister wasn't as robust as might have been hoped. Many outrageous, shocking things were said in the course of it and most of them went unchallenged.

There's much worse though.

Again, that makes Ranu Khan sound less cruel than other reporting of her suggests.

Anyone who has read around this subject, however, will know that Runa Khan didn't just encourage British Muslims to go and do violent jihad in Syria, including suicide bombings (as the programme reported). If you read around you will discover that she also posted images of her own children dressed as terrorists and that she appeared to defend the murder of Lee Rigby.

Most other reports mention those shocking details. Newsnight didn't, and I'm at a complete loss to know why.

Less surprising was the way Newsnight advanced the line that what Ranu Khan believes in is a distortion of "moderate Islam". Rani Singh challenged her support for jihad by saying, "The Koran also talks about the sanctity of life".

That line was further advanced by the choice of guests for the following discussion - Liberal Democrat peer Lord Carlile and Humera Khan of the Al-Nisa Society (writes a lot for the Guardian and Independent). Both were at pains to suggest that Ranu Khan was not reflecting the true Islam.

Those guests are the final nail in the coffin for this feature. Lord Carlile spoke, as ever, from a fairly-hard-nosed liberal position. Humera Khan showed some sympathy for her near namesake, raised British foreign policy, criticised the authorities for not helping Ranu Khan escape from the route she was taking, etc. Such guests could hardly have been better chosen for put a 'progressive' perspective on this story.

And that's the point about this, surely. That is the angle the programme chose. It's a very BBC, left-liberal angle. It's an angle, however, I very much doubt chimes with the views of most British people. And I don't think it's at all helpful to the British people as a whole either.
Posted by Craig at 16:03