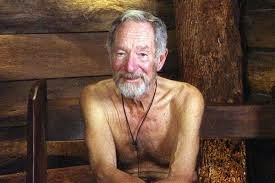 Running a small-scale, non-self-promoting blog like this between the two of us - a quiet(ish), non-campaigning, personal place for Sue and me to pour out our semi-organised thoughts about BBC bias and other matters (pace the blog's name, and accompanying get-out clause) - it's inevitably hard to keep up with the totality of BBC-bias-related matters...

...especially this week, when (unusually) BBC-bias-related matters have returned to centre-stage after a relative lull (see elsewhere)...

...Family, friends, work, home repairs, I'm a Celebrity (for me), The Apprentice (for Sue), etc...all of these delightful things keep getting in our way and, as a result Is the BBC biased? grabs what it can and says what it can, and can do nothing more.

All we can do is write about what we see, read and hear...

...which may not be very much, given the sheer vastness of the BBC's output (an almost Borges-like infinite library of broadcast material), but, hopefully, what we do manage to catch is enough to give our blog sufficient purpose for you, our readers (bless you), to bother reading us.

So, grabbing what I can before going to bed...

After watching I'm a Celebrity on ITV (Tinchy and Kendra out) I've been watching Newsnight on BBC Two. To be brutal, Kirsty Wark is no Ant and Dec. Please allow me, therefore, to vent my spleen on the subject (like you have any choice in the matter, given that it's our blog and we can post whatever drivel we like on any subject we like. So there!)...

Newsnight began by bashing the coalition government over the "parlous state" of the RAF's tornado fleet (as if the BBC cares about the RAF), interviewing a military man and a Labour politician. The military man said the programme was airing the grievances of just one man (as, indeed, it was). The Labour MP bashed the government.

Newsnight then bashed a private company, following a report on yesterday's Newsnight's work by ex-TUC man Duncan Weldon on the same company. Duncan returned and the private company in question was well and truly named and shamed for the second day running. A Labour MP called Toby (of all things) was then interviewed and went for the moral high ground.

Then it was onto U.S. matters and white policemen bashing black people ("US police brutality", as the Newsnight website put it).

The BBC often gets accused of obsessing about this sort of story, and - given the BBC's voracious reporting of recent racially-charged events in America - it's hard to give them the benefit of the doubt on such a charge.

The BBC also gets accused (in certain circles) of "race-baiting". Here, in response to this story, there was a race-baiting interview with...oh please BBC, don't be so blatant and go there!...oh no...finger-gesturing U.S. director Spike Lee. (Yes, really).

Then it was onto "class, money and privilege". Another Newsnight dig at non-BBC programme Benefits Street (another obsessive Newsnight bogeyman) from Kirsty Wark led to a discussion on the issue between a posh magazine editor and a lefty arts type.

Finally, and inevitably, it was onto a snide closing section featuring images of breastfeeding Madonnas in classic paintings - all there to mock Nigel Farage.

As if Nigel said anything wrong.

And as if parading a gallery of great paintings of bared-breasted virgins with divine children proved Nigel wrong.

Still, if your audience is gullible or susceptible enough - and doesn't listen to what the UKIP leader actually said without wanting to damn him in advance - then they'll believe anything. Especially if it's said by a BBC presenter.

And so, indeed, to bed. Goodnight, and may the bed bugs keep their gnashers to themselves.
Posted by Craig at 23:47