If you heard Jane Garvey on Woman's Hour tiptoeing around the ‘Asian’ question when interviewing the actress Maxine Peake and the character she’s playing in the forthcoming “Three Girls” trilogy, Sara Rowbotham, you’d have noticed the care Garvey took to stress that white males were responsible for most of the cases of child sexual abuse before tentatively mentioning that in this particular instance the perpetrators were…. just happened to be……Asian. 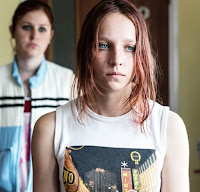 It’s perfectly valid for the BBC to dramatise the authorities’ unforgivable and misguided attitude to the victims and their refusal to listen to the social workers who reported it, but if they fail to emphasise that the reason the powers that be behaved this way was their fear of being thought racist, then the writers and the BBC will look guilty of exactly the same thing.