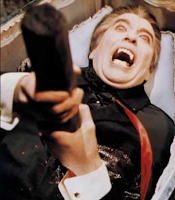 Call it wishful thinking, but I've not seen James O'Brien on Newsnight for ages.

Or has it dawned on Ian Katz that James O'Brien was allowing his biases to shine through too much that it was making it far, far too easy for bloggers like me to shoot James O'Brien-shaped fish in a Newsnight-shaped barrel and, thus, 'not helping' the BBC?

It was be lovely to think that James O'Brien has been decommissioned by Newsnight because of concerns over BBC impartiality.

Has he though? Or will he rise from the scrapyard again soon?
Posted by Craig at 17:39