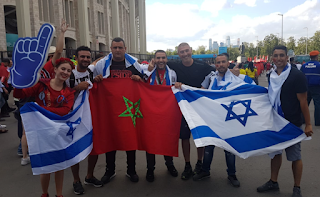 As mentioned by Sisyphus on the open thread, the BBC's World Affairs Editor John Simpson was as factually slipshod as ever yesterday.
His disapproving take on Donald Trump's foreign policy allowed the President just "one foreign policy success": "getting two Gulf states plus Sudan to recognise Israel".
John Simpson had obviously forgotten Morocco.
Incidentally, I wonder if the way he names the two presidents here will be a foretaste of things to come?
"Donald Trump" - 3
"Joe Biden" - 5
"Trump" - 3
"Biden" - 0
Anyhow, here's a transcript:
*******

Joe Biden: America is back, ready to lead the world, not retreat from it. Once again at the head of the table.

John Simpson: Now that Joe Biden is about to take over the White House and Donald Trump's moving out, governments right around the world are heaving sighs of relief. I'm not actually walking into the real Oval Office! This is an exact replica in a Norfolk film studio much used by Hollywood movies. But when Joe Biden sits at that desk for the first time, he's going to be taking charge of a country whose standing in the world hasn't been as low as this in decades. Right around the world there are fences to be mended and alliances to be built up again.

Linda Thomas-Greenfield, US Ambassador toe the UN nominee: America is back. Multilateralism is back. Diplomacy is back.

John Simpson: That means taking the lead in NATO again after four years of complaints about other members plus threats to cut America's contributions. And another major priority, rejoining the Paris Climate Accord, which Donald Trump said damaged American interests. Joe Biden hopes to revive the nuclear agreement with Iran, which Trump tried to kill off. Iran, the big European countries and Britain are all enthusiastic. Trump's one foreign policy success was getting two Gulf states plus Sudan to recognise Israel. Trump sided strongly with the Israelis and cut aid to the Palestinians. How easy will it be for Joe Biden to be able to change this? Even more important for him is how he'll approach Russia. The Russians meddled in the 2016 US election and seems to have hacked into some of America's most fundamental secrets.

Anthony Gardner, former US Ambassador to the EU: There's a lot of unfinished business with Russia. I think together with the UK and Europe we'll have to again sit down and decide what kind of serious signals do we send to Russia that its behaviour must indeed change. We have at max four years, probably two years, to really do things together with our allies.

John Simpson: And there is the most complex problem of all, China. What should Joe Biden's approach be?

Senator Chris Coons, US Senate Committee on Foreign Relations: Work with China. Compete with them in a persistent and forceful and effective way. Be prepared in the event there is conflict, but always be willing to cooperate with China on some critical issues that are right before us like combating global climate change, dealing with the Covid-19 pandemic.

John Simpson: At 78, time isn't exactly on Joe Biden's side. But for the outside world, he has one huge advantage. He isn't Donald Trump.
Posted by Craig at 07:20