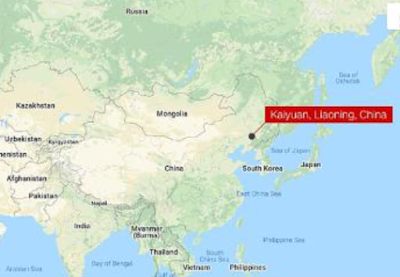 The BBC was reporting yesterday that seven people have been killed in a knife attack in Kaiyuan in China's north-eastern Liaoning province. The BBC report says that "the motive remains unclear" and adds:

Violent crime is relatively rare in China, but the country has seen unrelated knife attacks in recent years. They have usually been carried out by people living with mental illness, or seeking revenge against officials or individuals known to them.

Hmm, in their hasty speculation there have they deliberately 'forgotten' the  2014 Kunming terrorist attack already? Called "China's 9/11", that was a coordinated knife rampage carried out at a train station by a group of Muslim Uighur separatists and resulted in 31 innocent deaths and 143 being injured.

Of course, it probably doesn't have anything to do with that, but if a news organisation is going to speculate (as the BBC did here), why omit it? It's not as if China's relationship with Xinjiang isn't in the news at the moment. Since that atrocity, China has since carried out horrific repression against the Uighurs on a scale not seen in the country for decades.

A curious historical fact, incidentally: remote Kaiyuan was the Manchurian birthplace of Sheng Shicai, the pro-Soviet warlord who ruled Xinjiang with a Stalin-like grip from 1933 to 1944. With Soviet help, he 'purged' - i.e. murdered - up to 100,000 people, mainly Uighurs, following an Islamic uprising. The odd thing is that Sheng fled to Taiwan with the Kuomintang in 1949 after the communist takeover and  lived there in comfortable retirement until 1970. Killing Mao's brother during the Second World War after the Soviets turned on him probably helped make his mind up.