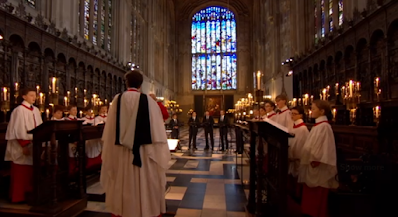 One of the 'big' BBC-related stories this weekend was that an as-close-to-zero-as-an-infinitesimal-number-of-people-can-ever-get-without-actually-being-zero out of a near-70 million UK population - a vanishingly small number of people with far, far too much time on their hands - complained about there having been no black choristers in the 13-strong choir during the annual live BBC King's College Cambridge Christmas Eve carol service. And, thus, a complete non-story became a story.