I think the cure is working. You know, the cure for blogging that I mentioned the other day. It’s not like giving up booze (how would I know?) and I don’t think it’s like giving up smoking, admittedly a hazy memory from another life.

By the way, I’m referring to watching television. You don’t have to be fanatical about giving up and you don’t have to pursue it relentlessly, in an all or nothing fashion, afeared of slipping back into the abyss through one careless glimpse.

Watching the occasional news bulletin or snippet of Newsnight isn’t going to lure you back to your old square-eyed habits. In fact the opposite. Snippets and snatches almost seem to throw the flaws into the spotlight. Breakfast time programmes churned out on the BBC and the commercial channels are abysmal. Trivial, gossipy, shallow, unimaginative and sickly. Don’t watch any of them. Just don’t.

On a supposedly deeper level, Emily Maitlis’s interview with the Hungarian minister of foreign affairs Peter Szijjarto was astonishing.  Newsnight must have missed the memo about the BBC’s charter, something to do with impartiality, apparently. So they say.

Emily Maitlis might well think Mr. Szijjarto represents the epitome of right-wing, racist, intolerant, fascistic, nationalistic, supremacist xenophobia. But really, whose views do the viewers want to hear? Are we more interested in observing Emily Maitlis’s opinions than Mr. Szijjarto’s?

Certainly, Emily Maitlis revealed her opinion of Mr. Szijjarto. In fact, we couldn’t have learned any more about what she thought if she simply handed the baton to the interviewee. She might as well have. I imagine anyone could get the hang of making exaggerated gestures of disapproval while constantly interrupting the answers. But ‘interviewing’ is supposed to be a craft. The idea is to draw out the interviewee, not browbeat them into defensive obfuscation. Not that Mr. Szijjarto was browbeaten, nor did he obfuscate. This was the most unsatisfactory interview I’ve seen in ages, but hey, I haven’t been watching many.

The BBC’s default position on Israel is even more obvious when you don’t watch too much TV. I keep catching breathless announcements about Prince William’s visit being ‘the first time a Royal has  gone to the Palestinian territories.” And then some quip about Israel objecting to the term “Occupied” -  “but that’s what it is,” opined Sunday Morning Live’s whining, metropolitan media-bubble-inhabiting guest and part-time antisemite Christina Patterson. Sorry for the “smear,” but that’s what you are. She’s as ignorant now as she was back in 2010, and just as opinionated with it. But so are most of the BBC’s contributors.

The other day I intended to update my post with some remarks about Peter Oborne’s Daily Mail article on the same topic, but I deleted it instead, thinking ‘what’s the point?’
Needless to say, Oborne’s take on the royal visit was exactly as one would expect from a notorious anti-Israel obsessive. People with overtly antisemitic attitudes are to be seen and heard on the BBC much of the time, and appear to be highly regarded. They even get to host The Week in Westminster with their chummy but sneering round-ups of, well, the week in Westminster.

And to finish my point, I’ll just mention the debate that took place yesterday (Saturday) in Westminster Hall. The topic was “the disproportionate and indiscriminate use of force by the Israeli occupying forces against Palestinian civilians” or unarmed protesters demanding the right of return. (You know, the one that Jeremy Corbyn called for the other day.)
Funnily enough most of the MPs who expressed their utter condemnation of Israel were from the Labour Party. Why, anyone would think some sort of party briefing had been circulating. 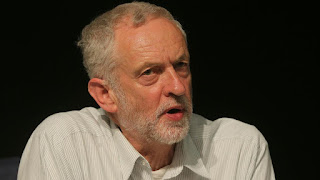