When stuff comes back to bite you on t’bum 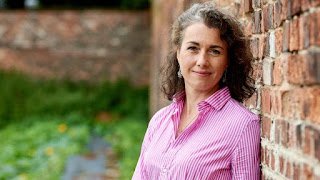 
Everyone’s entitled to change their mind, but really, I had to smile at this prescient comment on HP: “Karma’s a bitch.”

This may only be tangentially related to the BBC, (until one remembers the way it “champions” all things Muslim) but the BBC hasn’t so far mentioned the fact that ‘terror police” have boosted security for Rotherham MP Champion, which one might consider newsworthy. The Times seemed to think it was.
This next bit is laugh-out-loud bonkers. (You don’t think it’s anything to do with Sacha Baron Cohen, do you?)

“The strongest public attacks on Ms Champion, who campaigns for the victims of child sexual exploitation, have been made by a Rotherham-based racial justice charity, Just Yorkshire.

The charity’s leader has accused the MP of “industrial-scale racism” and “inciting and inviting hatred against minorities”. One of its leading figures is a radical academic, Waqas Tufail, whose research speciality is Islamophobia and the “racialisation of crime”.